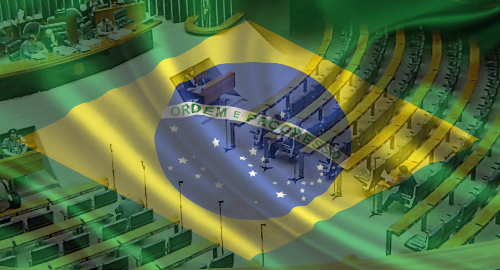 On Tuesday, members of Brazil’s Chamber of Deputies agreed to remove integrated resort casino language from a must-pass package of tourism reforms after the tourism bill’s main backer Rep. Paulo Azi declared that there was “no agreement” on including the casino proposal.

The casino language, which would have permitted integrated resorts in just two Brazilian states, had been inserted into the tourism package in late February over the objections of deputies who favored a broader gambling legalization effort.

The pushback against the casino language threatened approval of the overall tourism measure as an urgency statute, which fast-tracks legislation by limiting further committee discussion. The casino-free tourism reform package eventually passed by a vote of 290-57.

That said, while Rep. Azi pledged that the casino language wouldn’t be in the final text of the tourism measure, the text that was actually approved on Tuesday still contained the casino language, meaning much will depend on Azi’s willingness to keep his word.

Pro-gaming deputies still hope to resuscitate their PL 442/1991 legislation, which envisions a much wider gaming liberalization package, including casinos in multiple states, online gambling, sports betting, bingo and new lotteries. A majority of deputies established a Parliamentary Front for the Regulatory Framework of Gaming in Brazil last year but this majority seems incapable of marshalling its forces to assure 442/1991’s passage.

A companion legalization effort in Brazil’s Senate (PLS 186/2014) was dealt a seemingly mortal blow earlier this month when a committee voted against its passage. Suspicion had it that the senators on the committee who abruptly changed their tune on gaming legalization did so in the hopes of advancing the casino-only plan in the tourism measure.

There is the slim possibility that pro-gaming senators can reanimate their 186/2014, while the pro-gaming deputies have promised to continue to advocate on behalf of 442/1991. But these legislators’ notoriously languid approach to advancing gaming legislation needs to find another gear if they hope to pass anything before Brazil’s general elections get underway on October 7.