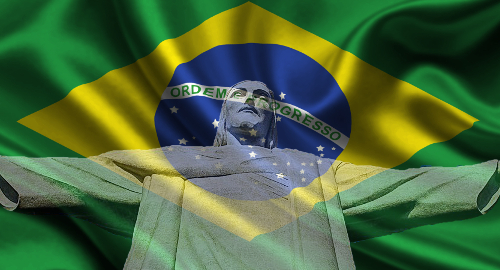 International gambling operators are furiously brushing up on their Portuguese ahead of Wednesday’s inaugural meeting of a key group of pro-gaming Brazilian legislators.

Wednesday brings the first meeting of the Parliamentary Front for the Regulatory Framework of Gaming in Brazil, otherwise known as the best shot Brazilian gamblers have for expanding their list of legal gambling options. The meeting, which will take place at the federal legislature at 8am, will “defend the legalization and regulation of gambling,” according to the group’s leader, Deputy César Halum.

For the past few years, Brazil has been trying to pass two competing pieces of gambling legislation, one in the Senate, the other in the Chamber of Deputies, which would authorize some mix of casinos, sports betting, bingo parlors, the ‘jogo do bicho’ lottery as well as vague references to ‘electronic bets,’ which most observers have interpreted as real-money online sports betting, and possibly other products.

The Parliamentary Front was established last month after Halum obtained the signatures of 262 of the 513 members of the Chamber of Deputies. The Front plans to push for the Chamber to vote on its long-delayed 442/1991 legislation, and Halum has stated that he expects this vote to occur before December.

Gambling operators have long salivated at the possibility of setting up shop in Brazil, the largest country in South America with a population of over 208m. Revenue forecasts for just the brick-and-mortar casino market have ranged as high as $20b per year, from which the cash-strapped government could claim as much as $6b in taxes.

Meanwhile, the Senate continues its slow pace toward passing its version of gambling expansion. In August, Senator Benedito de Lira delivered a report to the Senate’s Constitutionality and Justice Committee (CCJ) expressing support for the Senate’s PLS 186/2014 gambling legislation, but the CCJ has yet to schedule a vote, after which a vote by the full Senate would be required.

US casino heavyweights including Las Vegas Sands, MGM Resorts and Caesars Entertainment have already made multiple trips to Brazil to press the flesh and scope out potential casino sites, and these and other international operators are expected to attend Wednesday’s parliamentary coming-out party.

The potential earning power of a fully developed online sports betting market in Brazil is difficult to estimate, but federal Deputy Herculano Passos recently claimed the market could generate $6.3b per year, depending on what products are approved.

There is a potential hiccup on the horizon, in that the domestic casino lobby is reportedly pressing the government to authorize only a few select land-based casinos while maintaining prohibitions on other forms of gambling, including online gambling. As with most news on this front, it’s anyone’s guess as to what the future holds.