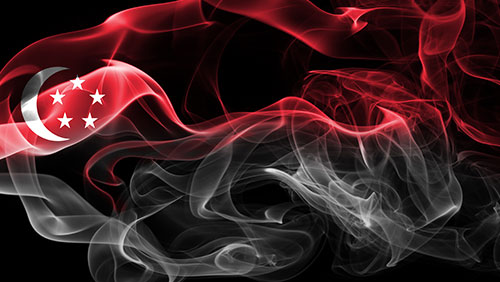 A team from Singapore has won the Asian Nations Pairs Challenge in Bangkok as the International Federation of Poker continues to prove to SportAccord and the International Olympics Committee that Match Poker is a mind sport to be reckoned with.

Its apartment reeks of socks worn for too long. Houseplants desperate for light, wilt away in the corner. Silver and gold rings lie on the floor below fingers that have grown too thin. Veins are popping. Empty bottles pick up the reflection of a tortured soul. Men and women of the night come and go. Anything goes. It usually does.

So how do you clean it up?

It’s more complicated than trying to untangle the wiry cables of a 1980s telephone.

Ask for a divorce. Start again. A new game. No money. No luck. No controversy. No shame. Involve artificial intelligence. Pally up with SportAccord and the International Olympics Committee (IOC).

That’s what Patrick Nally did in creating The International Federation of Match Poker (IFMP), and the organisation has just held another event: The Asian Nations Pairs Challenge.

Between 17-19 April, ten nations swarmed to the Anorma Hotel in Bangkok to compete in the Asian Nations Pairs Challenge as part of the Thai Sports Festival organised by the Ministry of Tourism and Sports.

Each team comprised of two individuals, who would play a series of freezeout heads-up matches against the University of Alberta’s poker AI ‘DeepStack.’ Scores accumulated and the team with the most points was Singapore.

Lau Heng Seng and Danial Chua beat the teams of Chinese Taipei and Israel, in the final, to win Singapore’s first ever team-based mind sport. Lau Heng Seng was also the tournament’s most valuable player (MVP) finishing with a 47.3% win rate against the AI, more than any other player.

The Alberta Machine Intelligence Institute (AMII) created the ‘DeepStack’ at the University of Alberta, Canada. The AMII claims to be the first AI to beat human poker players in No-Limit Texas Hold’em, a claim that Libratus’s creators may argue is unfounded.

The Asian Nations Pairs Challenge is a precursor to the IFMP Asia Nations Cup that takes place in Bangkok in October. The winners will represent Asia at the forthcoming IFMP World Poker Championships.