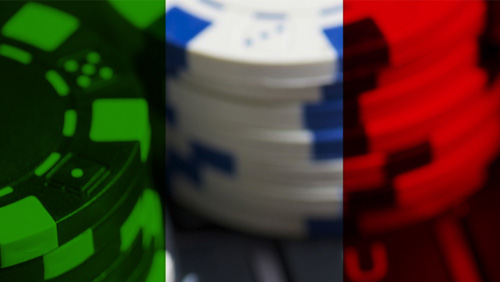 Local gambling news website Agimeg reported that 80 online gambling firms managed to pass ADM’s initial scrutiny when it opened all applications on Thursday. The Italian regulator noted that all of the license applications, which will be valid through December 31, 2022, comply with its requirements.

Currently, Italy has 45 gambling operators that hold extended licenses after their original terms expired in June 2016, while 47 firms have licenses to operate in the country until the end of 2022. If ADM grants all the applications, Italy will now have a total of 172 licensees.

Italian police round up closest aides of Cosa Nostra kingpin

In other Italian gambling news, Italian police arrested 21 people who are believed to be closest aides of Cosa Nostra kingpin Matteo Denaro.

AFP reported that the arrests were made in different towns near the Sicilian city of Trapani, a former holdout of Denaro’s empire. The arrested suspects reportedly belong to the mafia families of Castelvetrano, Campobello di Mazara, and Partanna.

The police also established links proving that Denaro’s sources of income included the online gambling industry. According to the report, one of those who were arrested was a businessman running an online gambling firm. An Agimeg report identified the supposed businessman as Carlo Cattaneo.

Cattaneo reportedly turned his small betting agency in Castelvetrano into a network of gaming points not only in the province of Trapani, but also in Palermo.

The Italian policemen have been hot on the trail of Denaro, a known mobster that has been on the run since 1993. In February, the Malta Gaming Authority suspended the license of online gambling operator Phoenix International Ltd, which was suspected to have links with Denaro.