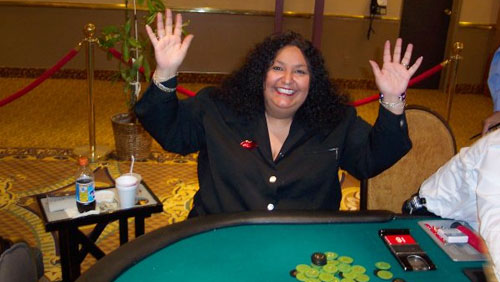 888Poker will be the primary sponsor of the 2018 Women in Poker Hall of Fame ceremony in Las Vegas this summer, and nominee Lupe Soto launches the Women’s Poker Association.

There has been an added drive from poker rooms to recognise the struggle that female poker players have in the game. Maybe the interest is an inevitable aftershock of the #MeToo campaign? Whatever it is, it’s long overdue.

The most recent noise comes from 888Poker.

The online poker room that specialises in partnering with much loved and respected poker brands has added another arrow to its quiver by announcing plans to sponsor the 2018 Women in Poker Hall of Fame (WiPHOF). 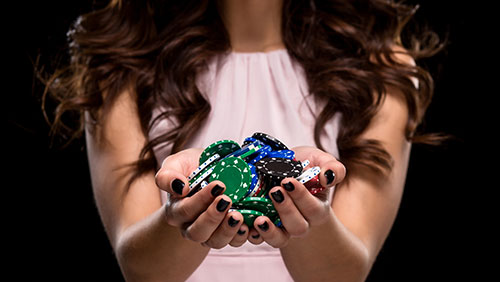 Born in 2008, the WiPHOF serves to honour the female presence in the game, and also to contribute to philanthropic causes that also benefit the community. For example, PokerGives is an essential ally of the WiPHOF.

The 888Poker sigel will fly over the Orleans Casino in Las Vegas Tuesday, June 26 between 11 am and 2 pm where a select band of personnel will enshrine two people into the WiPHOF from a substantial list of 11 nominees.

888Poker Doing Their Part For Women in Poker

888Poker has four female ambassadors in their fold including WiPHOF nominee Kara Scott (Sofia Lovgren, Vivian Saliba and Natalie Hof join her). There are also Ladies Events at every 888Live stop.

Speaking to 888Poker about her nomination, Scott paid tribute to the founders of the WiPHOF as pioneers who have made the game more accessible for the newer generation of female players.

“I have been lucky to meet some truly extraordinary women through poker.” Said Scott. ”And, it’s thanks to those extraordinary trailblazers and the women who keep pushing boundaries that we regular women can sit down at a table and play poker without really having to think twice about it – and with far less trouble and effort than they had.”

Tickets are still available for the 2018 WiPHOF ceremony.

One of the favourites to join the WiPHOF (if not this year, then some year) is Lupe Soto.

Soto not only made the shortlist for the Class of 2018, but she also created the WiPHOF and sits on the organisational committee, and her work is not yet complete.

Soto’s latest endeavour is to create the Women’s Poker Association (WPA), a non-profit dedicated to promoting women in poker through education, conferences and networking.

The announcement of the WPA came in Reno during the Nevada State Ladies’ Championship at the Peppermill Resort Spa & Casino.

Soto will act as Executive Director, and these fantastic women comprise the board.

If you are interested in helping grow female participation in poker, then get in touch with Soto as the team are looking for brand ambassadors.