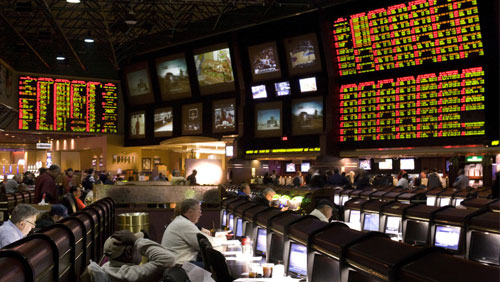 It’s a swing and a miss. Strike two for legalized sports gambling in Oklahoma, as a second attempt to pass legislation in as many years has failed, and whether or not the three strikes rule will apply still remains to be seen.

HB 3375 passed both chambers of the state legislation last Friday; however, a rider that would have allowed sports gambling, wasn’t included in the final version when it made it to Governor Mary Fallin’s desk for her signature. The bill did, however, expand tribal gaming agreements in the state, and now allows the tribes to offer “ball and dice” casino games. They had been prohibited since 2004.

Sports gambling is a touchy subject in the Midwest state, as Oklahoma tribes bring in almost $134 million to state coffers. That amount of money gives the tribes a lot of pull, and they have repeatedly fought against efforts to expand gambling operations. A similar bill introduced last year by Rep. Leslie Osborn attempted to legalize sports gambling, but died in committee.

This year’s bill would have authorized a 10% tax rate on sports gambling revenue. In a time that departments are clamoring for funds, it would have seemed like a welcome addition. The tribes provides around $100 million per year directly to the state’s Education Reform Revolving Fund, but this is apparently not enough, as teachers are currently on their eighth day of a strike for better wages and certain tax cuts.

There’s not much doubt that the tribes have influenced the legislation. Despite acknowledging that the industry is somewhat foreign to them and they have no interest in the “low-margin business,” they have also said that they aren’t interested in any actions that could change the agreements they have with the state. Last year, the chairman of the National Indian Gaming Association (NIGA), Ernie Stevens, Jr., said, “Of chief concern to NIGA is to ensure that tribal interests are protected, particularly avoidance of any negative impacts on existing compacts and exclusivity clauses.”

The whole nation, and a lot of the world, is watching the U.S. Supreme Court to see if it’s going to reverse the Professional and Amateur Sports Protection Act of 1992 (PASPA). PASPA limited gambling operations to only four states, giving Nevada the bulk of the action. If reversed, at least 12 states are standing in the dugout, ready to take the field to offer legalized sports gambling operations. That decision could come as soon as the end of April.