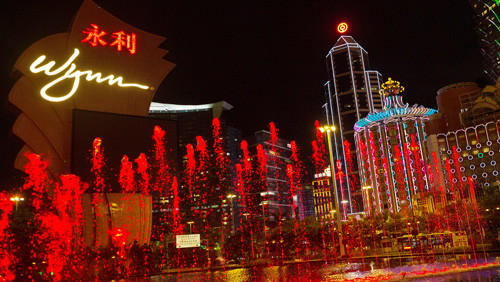 The inevitable has happened: Steve Wynn has decided to sell his stake in Wynn Resorts, the Las Vegas casino resorts company that he founded.

On Thursday, Wynn Resorts announced in a regulatory filing that its former CEO has sold 4.1 million of his shares in the casino company at $180 per share. In effect, Steve Wynn lowered his stake in Wynn Resorts from 11.8% to 7.8%, which makes now makes him the third-biggest shareholder in the casino operator after his ex-wife Elaine Wynn and The Vanguard Group.

Wynn’s first batch of share sale happened several hours after the former one-time King of Las Vegas announced his intention to sell his entire holdings in Wynn Resorts, worth an estimated $2.21 billion in current trading prices, either on the open market or in privately negotiated transactions. On Wednesday, Wynn Resorts said its ex-CEO will “seek to conduct such sales in an orderly fashion and in cooperation with the company.”

The news of Wynn selling his stock in the casino operator comes less than a week after a Las Vegas court ordered the termination of the shareholding agreement between the embattled casino mogul and his ex-wife, freeing both of them to sell their shares in Wynn Resorts.

However, Wynn decision to divest his Wynn Resorts holdings could make the casino company open—and vulnerable—to takeover attempts. Steve Wynn was considered a strategic visionary, not to mention Wynn Resorts’ chief diplomat, according to analysts, and his complete departure poses a challenge to the company and its board of not-so-young directors.

The embattled casino titan stepped down from his position as Wynn Resorts CEO and chairman last month, following allegations of decades’ worth of sexual harassment by Steve against female members of Wynn Resorts’ staff.

Recently, a woman claiming to be Wynn’s manicurist also accused the beleaguered businessman of sexually harassing her. She joins two other massage therapists employed at Wynn Resorts who have also filed lawsuits against Steve Wynn and the company.