partypoker LIVE has secured a four-year deal to become the primary partner of the Sochi Casino & Resort, and Kristen Bicknell wins the Asia Pacific Poker Tour High Roller in Macau.

I’ve never been to Russia. I’m too scared. I heard writers go there and never come back. And if the bad guys don’t get you, there are tigers, bears, and all manner of ways to die horribly.

I can be on holiday in Tenby, and a house could slide off the edge of a cliff and flatten me while crabbing. If I do ever set foot in Russia, it’s very likely to be in Sochi near the Black Sea because anytime I jump on a plane it’s because of poker.

The casino only opened for business in January 2017.

The first event was the Eurasia Poker Tour (EAPT), and partypoker was the primary sponsor. Then in March, partypoker held a MILLION event at the same gaff with Dmitry Chop beating 1,170 entrants to capture the $225,000 first prize. They returned in September for a $5m GTD MILLIONS Event and Aleksandr Gofman defeated 999 entrants to win the $1m first prize (the largest event ever held in Russia).

The relationship wasn’t monogamous back then. PokerStars also climbed into bed with Sochi, hosting PokerStars Championship and Festival events, but neither was as successful as partypoker’s events. It’s unknown whether the new relationship cuts PokerStars out of the picture for the next four years.

The initial commitment is for eight events per year. All of this begins 13-29 May with a $5m GTD World Series of Poker Circuit (WSOPC) Russia sponsored by partypoker. The $10m GTD Partypoker MILLIONS Russia shows up 4-12 August, and a $5m GTD Eurasia Poker Tour (EAPT) and Russian Poker Championships in October.

There are also plans to host four seasonal events per year. 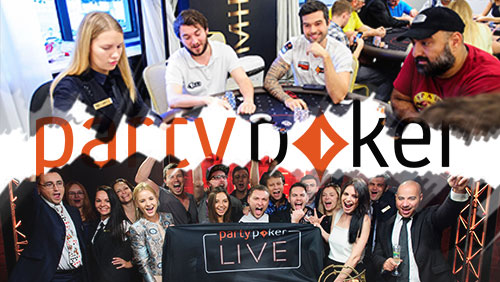 It’s the first time the APPT has appeared under the PokerStars umbrella since the poker room buried the brand during the creation of the PokerStars Championship and Festival program.

The event attracted 117 entrants, and amongst those that had a decent stab at a big score were Jan Schwippert (12th), Rainer Kempe (13th) and Lucas Greenwood (14th).

In December, Bicknell beat 147 entrants to win the $199,840 first prize in a $5k side event at the World Poker Tour (WPT) Five Diamond World Poker Classic.

So she is a woman in form.

Here are the final table results in USD.