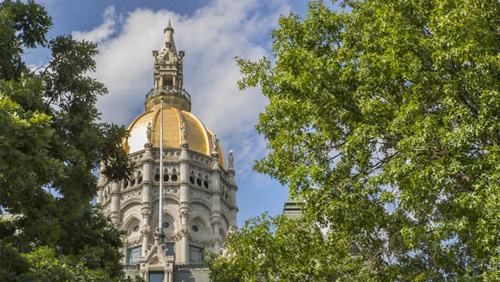 A bill seeking to legalize sports betting in Connecticut has gained momentum in the state legislature after receiving the support of both the Connecticut Lottery Corp. (CT Lottery) and the Mashantucket Pequot Tribe, operator of the state’s Foxwoods Resort Casino.

The Hartford Courant reported that Connecticut held a public hearing on expanded gambling in the state that basically touched all forms of gambling—from sports betting to online and commercial casinos.

The hearing comes at a time when the U.S. Supreme Court (SC) is reviewing a challenge to the Professional and Amateur Sports Protection Act of 1992, which bars states from enacting laws that permit and regulate sports wagering.

Lawmakers believe that Connecticut must put “everything in place” in the event that the Court decides to lift the federal ban on sports betting.

Speaking in behalf of the Mashantucket Pequot Tribal Nation before the members of the Public Safety and Security Committee, Foxwood Executive Director of Online Gaming Seth Young expressed support for HB 5307 “and more broadly, for regulated online gambling.”

The tribe estimated that the entire sports gambling market opportunity in Connecticut is worth between $75 million to $105 million annually. Connecticut could rake in $6.5 million in the first year of operations before growing to $9.1 million after five years, according to Young.

Combined with iGaming, Young said that the Mashantucket Pequots could generate $20.8 million for state coffers in the first year, rising to $29 million after five years.

The tribe thumbed down the integrity fee that the professional sports leagues are pitching, saying that it goes against good public policy and social responsibility.

“This state needs trusted partners to stand behind a strong program in order to restore the trust in iGaming and protect its constituents from dishonest operators,” Young said in a statement.

Echoing the tribe, CT Lottery’s Information Technology Director Steve Wagner pointed out that the federal ban on sports betting did not eliminate betting in the United States.

Meanwhile, Attorney General George Jaspen advised lawmakers to tread with caution in dealing with sports gambling regulation, especially when it comes to the possible ramification of the bill on the state’s current gambling pact with its two tribal casino operators.

Jaspen warned that the tribes might stop making payments to the state if the court finds that the sports betting law they passed violated the compact with the tribes.