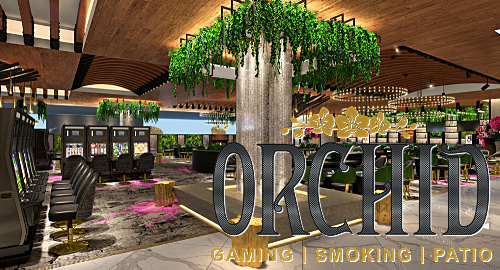 Figures reported Monday by the Maryland Lottery and Gaming Agency show the state’s casino operators generated gaming revenue of just under $136.6m in February, up from $127.8m in January and 6.1% higher than the same month last year.

As always, MGM Resorts’ National Harbor venue claimed top honors with revenue of $53.1m, a 16% year-on-year improvement but well back of the property’s all-time best of $56.6m set last December.

The state’s also-rans had a mixed month, with Hollywood Casino Perryville falling 5.3% to $5.9m and Rocky Gap declining 4% to $4.2m. Ocean Downs shot up 22.4% to just under $5m, thanks to the property launching its first gaming tables in December. The 10 tables brought in around $441k in February, significantly less than the $578k they earned in January.

Last month, Cordish’s Live! Casino announced the imminent arrival of its Orchid Gaming & Smoking Patio, which will allow patrons to indulge their nicotine addiction without having to leave either their drinks or their gaming behind. The Orchid patio is set to open to the public on May 1, the weather gods permitting.

In 2015, Horseshoe Casino Baltimore added slot machines to a number of its ‘smoking terraces’ but the new Orchid patio will feature a full slate of gaming options, including 150 slots, 28 electronic table game positions and 12 live action gaming tables. The tables will operate via Ticket In/Ticket Out technology, eliminating the need for players to carry chips to the main cage.

Live! Casino & Hotel president Rob Norton said Orchid aimed to provide guests with a “visually stunning space to enjoy an extensive collection of cigars and spirits while seamlessly moving between their favorite table games and slots.”