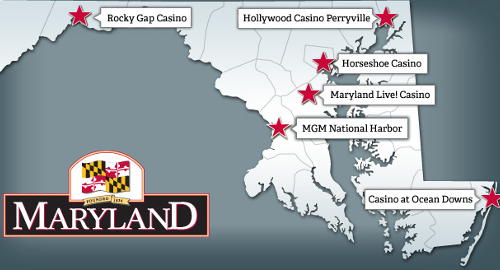 Figures released Monday by the Maryland Lottery and Gaming Agency show the state’s six licensed casino operators brought in a combined $127.8m in January, a modest 1.2% improvement over January 2017’s number but a far cry from December’s near-record $141m.

The month’s only other net gainer was Ocean Downs Casino, which saw its January revenue shoot up 23.6% to $4.5m. The previously slots-only property added its first 10 gaming tables in late December, and the new toys contributed $578k to its monthly total, a significant uptick from the $54k they earned in their brief December debut.