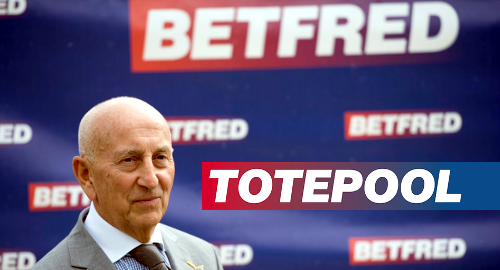 UK bookmakers Betfred are looking to sell a one-quarter stake in the Tote pool betting operation, according to media reports.

On Saturday, Sky News reported that Betfred founder Fred Done was in “advanced negotiations with a consortium of racing industry figures” about selling a 25% stake in the Tote. The report claimed the 25% stake was likely to fetch a price of over £30m, and that the deal could be concluded “within weeks.”

Sky News claimed the racing consortium was led by Eamon Wilmott, chairman of racing technology provider Total Performance Data and a former board member of the British Horseracing Authority (BHA), with which Done has waged a very public war of words over the past few years.

In 2011, Betfred inked a seven-year deal for the exclusive right to offer Tote wagering on UK races. But an increasingly fraught relationship with racing led stakeholders to develop plans to launch their own pool betting service – now officially branded as Britbet – following the 2018 expiration of Betfred’s deal.

Sky News claimed Done still believes the Tote has a bright future, based in part on his belief that Britbet will be unable to compete with the Tote’s liquidity. The consortium with which Done is negotiating has reportedly pledged ‘tens of millions of pounds’ to market the Tote, leaving Done confident that the Tote can ‘significantly’ increase its market share.