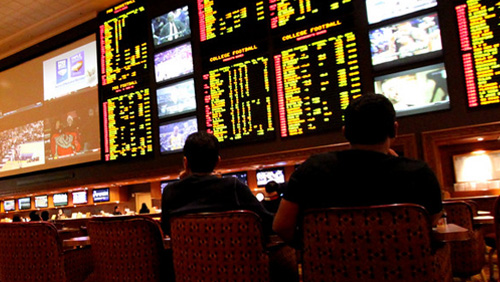 A bill seeking to legalize sports wagering in West Virginia sailed smoothly through the state Senate.

On Tuesday, the Associated Press reported that West Virginia senators approved the state Lottery Commission-backed SB 415, which would allow wagering on both professional and collegiate

sporting contests in the event that the U.S. Supreme Court lifts the federal ban on sports betting.

In a 25-9 vote, the state senators decided to send SB 415 to the House of Delegates for consideration.

SB 415 would give the West Virginia Lottery Commission the authority to regulate sports betting in the state, including the authorization of online and mobile betting. The legislation requires that players be older than 20.

The bill would permit the state’s five gaming facilities to offer sports betting, provided they obtain a five-year, sports betting operator license at a cost of up to $100,000 and pay 10 percent tax on their gross betting revenue.

Senate Finance Chairman Craig Blair, R-Berkeley, pointed out that the bill “gives casinos one more tool to be able to provide entertainment.” He added that the bill would make the state more competitive as neighboring states mull similar legislation.

Romano’s fellow Democratic Senator Mike Woelfel, on the other hand, noted that sports betting, particularly mobile wagering, was a stream of potential revenue that the state couldn’t ignore, especially after seeing people using their mobile phone to place bets during the Super Bowl.

Later this year, the Supreme Court will hand down its decision on whether to overturn the federal Professional and Amateur Sports Protection Act (PASPA) of 1992, which limits single-game sports betting to the state of Nevada.