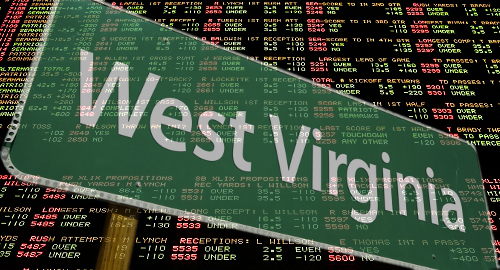 West Virginia has joined the queue of US states looking to add sports betting to their list of legal gaming options.

On Wednesday, a bipartisan group of 11 state Delegates filed HB 2751, which would authorize the State Lottery Commission to draft rules for legal “sports pool betting” in West Virginia. The state is the sixth to file a sports betting bill in 2017, joining Maryland, Michigan, New York, Pennsylvania and South Carolina.

HB 2751 takes dead aim at the federal PASPA sports betting prohibition, which Congress “unlawfully enacted” in 1992. The bill accuses PASPA of violating the 10th Amendment to the US Constitution and says West Virginia’s attorney general is “challenging the usurpation of the federal government of state authority to regulate sports pool betting.”

West Virginia may be late to the legislative party but the state has filed legal briefs supporting New Jersey’s quest to overturn PASPA. New Jersey is currently awaiting word on whether the US Supreme Court will hear its appeal of lower court rulings preventing the state from implementing its latest sports betting plan, and until New Jersey prevails or PASPA is repealed, none of these state bills are going anywhere.

THINKTANK ASKS CONGRESS TO THINK ABOUT SCRAPPING SPORTS BETTING BAN
On that note, Thursday saw the release of a new report from the Competitive Enterprise Institute (CEI) calling for an end to “the Madness around March Madness.” The report, written by CEI’s Steven Titch and longtime legal gambling proponent Michelle Minton, calls on Congress to pitch PASPA into the bin and leave the issue of sports betting legality up to the individual states.

The report claims PASPA has “failed on all accounts. It does not protect the vulnerable. It has turned millions of otherwise lawful Americans into criminals. And it has made the market more susceptible to corruption.”

The report details the shifting tide of opinions regarding legal sports betting expressed by the general public, professional sports leagues and state legislators. The authors believe consensus is building around the idea that there is merit in “exposing billions of dollars in economic activity to the sunshine of legitimacy.”

The report characterizes gambling prohibitions as “a form of social engineering that seeks to stamp out a certain behavior,” but PASPA has only served to “undermine state sovereignty … and exacerbate any social ills that might arise from gambling by driving the activity underground.” Bottom line, it’s time for the federal government to “treat consumers like adults.”