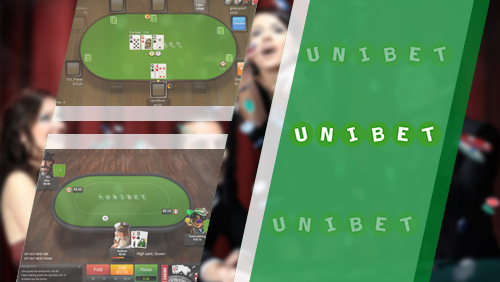 Tap an online poker room with a tuning fork, and the vibrations trigger mimicry on a grand scale. Except one pitch seemed to miss the ears of Unibet Poker.

The Kindred Group’s online poker room refused to join the pack of wolves howling below a moon that breathed light onto the majesty of the online MTT series.

On Monday 26th February, Unibet Poker will break tradition by creating a new tradition. The Swedish online poker room will get into the Happy Baby position, and the Unibet Online Series (UOS) will emerge.

What took them so long?

“The honest but not so flattering answer is that previously we couldn’t allocate development time to bring our tournament offering up to where it is now,” said Unibet’s Head of Poker David Pomroy. “Given that our client launched in 2014 with (what was at the time) a relatively small development team, we had to pick our battles, and improving tournaments was put on a shelf until a later date.”

“We feel that our tournament offering and available formats are more than competitive now and this was a natural next step after launching a new MTT schedule and Sunday Majors in October 2017,” said Pomroy. “We’ve been itching to get this launched but wanted to wait until the start of the new Unibet Open season as the tour and the series will tie in together via Battle of Champions.”

“The Battle of Champions will be a live-streamed nine-player event taking place at the start of 2019.” Said Pomroy. “The participants will be the four 2018 Unibet Open winners, four Unibet Online Series winners and the winner of the Deep Stack Open leaderboard. We’re still yet to announce the prizepool and finer details, but it’s safe to say that the nine players will be treated like champions and have a prize worth fighting over.”

There are positives and negatives in creating an online MTT series amidst the shadows of everyone else’s structures. You can take a gander at the competition, ignore the rubbish and include some of the good stuff.  But then there’s the problem of attracting the attention of someone in the habit of playing an online MTT series in a different poker room.

So how is the UOS least like what everyone else is doing?

“This series isn’t focused on huge fields and expensive buy-ins, giving everyone a shot at walking away with a series win or even as eventual overall champion,” said Pomroy. “We expect less than 1,000 players per event and buy-in ranges to suit different bankrolls. There is a leaderboard for each buy-in range and an overall leaderboard which covers players who play across all buy-in ranges.”

Here are those three buy-in ranges:

To add a brass knuckle punch to the inaugural event, Unibet is giving away €25k in leaderboard prizes including a €1.5k cash prize for the overall leaderboard winner, €700 for the High winner, €500 for the Low winner and €200 for the Nano winner.

There will be 84-events spread over 14-days of play with six events per day. Unibet will provide €300,000 in guaranteed prize money, and the shaved head on this supermodel of a structure is the €100 buy-in €100k GTD Main Event taking place on 11th March. Don’t expect too much variation. No-Limit Hold’em dominates the schedule with only three Omaha events breaking up the monopoly.

“We’re taking tournaments a lot more seriously nowadays and want to offer our players the chance to compete against other Unibet players in bigger prizepool events,” said Pomroy. “This series will become a permanent fixture which we aim to grow over time, with four series’ taking place this year (one after each Unibet Open event).

“Hopefully, some new players will see that we’re a site they should start to consider for online tournaments, especially if their bankroll isn’t huge and they don’t want to have to compete in multi-thousand runner fields. Our existing players already seem excited at the prospect of an MTT series and will see it as a chance to claim some bragging rights.”

A fortnight ago, Unibet won the Online Poker Operator of the Year award at the International Gaming Awards (IGA) ceremony in London proving they are an online poker room that knows what they’re doing. I can’t see this event being any different. It will be top notch. Better late than never.