The bankruptcy of Caesars Entertainment Corp. (CEC) has propelled the family of billionaire George Soros to one of the company’s top stakeholders. 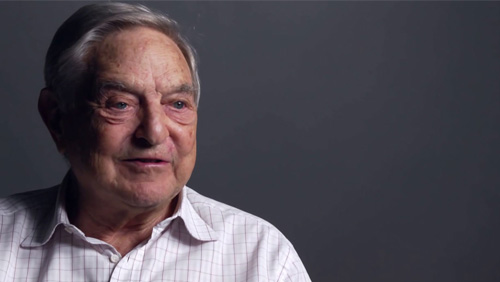 Bloomberg reported that Soros Fund Management is now among the 10 biggest shareholders of Caesars as it gobbled 34.5 million shares valued at $436 million as of December 31, 2017, citing regulatory filings on Wednesday.

The reorganization of Caesars, which paved the way for the creation of one unit handling gaming operations and the other a real estate investment trust (REIT), puts Soros’ stake at 4.89 percent, which is just below the 5 percent threshold above which investors must file beneficial ownership paperwork with the Securities and Exchange Commission (SEC).

Soros’ also has a 7 percent stake in Vici Properties Inc., the REIT of the restructured company that owns several Caesars-operated hotels.

The company was said to have shelled out over $160 million in litigation expenses after a nearly three-year bankruptcy tussle over CEC’s struggling main unit CEOC. The multimillion-dollar legal fees were divvied up among six different law firms, including $77 million to Kirkland & Ellis, which served as CEC’s lead counsel.

If there’s one hedge fund manager scratching his head right now about an investment he made, it’s probably Louis Bacon.

CNBC reported that Bacon’s Moore Capital gobbled up a new 50,000-share stake in Wynn Resorts in the fourth quarter of 2017, citing the filings with the SEC.

The news outlet, however, noted that this might not reflect the fund’s current holdings since the information is already 45 days old.

Aside from Wynn stocks, Moore Capital took a 1.88 million-share stake in Caesars Entertainment and a 100,000 share stake in Boyd Gaming.

Wynn’s shares have been battered by the recent controversy hounding the company’s founder Steve Wynn and his alleged sexual misconduct. The former CEO stepped down from his post last week despite denying the allegations against him.