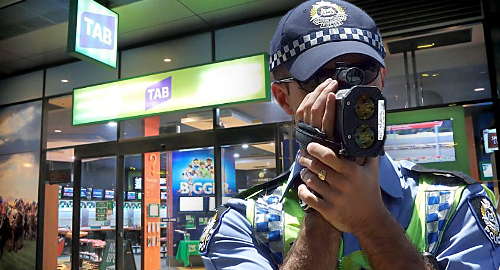 Australian sports betting and lottery operator Tabcorp Holdings was fleeced for over A$600k by a former staffer who used inside information to cash in unclaimed winning betting slips.

On Thursday, Aussie media outlet 9News reported that a former Tabcorp information technology staffer and his wife were handed stiff jail sentences for using insider information to cash winning TAB wagers that had gone unclaimed for longer than three months.

According to the report, Trevor Raine used his position as an IT staffer to search Tabcorp’s databases for unclaimed winning tickets, then printed up bogus tickets with the same serial numbers, bar codes and betting information. Raine’s wife Talanoa would then take the tickets to TAB agencies in Sydney and Melbourne and claim their ill-gotten winnings.

The scam unraveled when one of the legitimate winners attempted to cash his overdue ticket, only to find that it had already been claimed. Tabcorp launched an internal investigation that eventually turned up surveillance footage of Talanoa cashing in the bogus ticket.

Police were notified, and intercepted phone calls indicated that the Raines were deeply in debt due to a failing dance competition business and hefty mortgage payments. The pair were recorded justifying their scam on the basis that it would enable them to stay in their home.

This week, Trevor Raine was sentenced to 26 months in prison, while his wife got off comparatively lightly with a 15-month sentence.

UK National Lottery operator Camelot was reportedly victimized by a similar scam, as a now-deceased employee was suspected of using internal info to identify an unclaimed £2.5m jackpot, which ended up being claimed in 2009 by convicted rapist Edward Putman under Camelot’s ‘damaged ticket’ redemption process. Camelot was fined £3m for allowing the cockup, while police are still working on ‘persuading’ Putman to return the £2.5m prize.