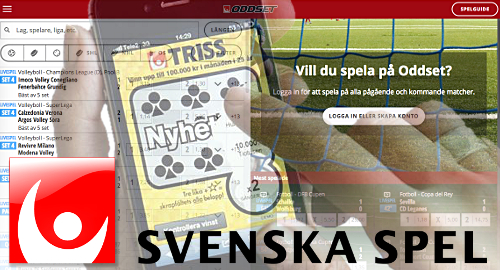 Figures released this week show Svenska Spel generating revenue of SEK 2.48b (US$307.7m) in the three months ending December 31, 2017, a modest 1.4% year-on-year increase, although profit fell 2% to SEK1.275b. The picture was much brighter in the online realm, where revenue increased 25% and mobile revenue shot up 59%.

Sweden is in the process of liberalizing its online gambling landscape, which will finally allow international operators to apply for Swedish online licenses. The plan is to begin accepting applications by the summer ahead of a targeted relaunch of the market on January 1, 2019.

Svenska Spel CEO Lennart Käll, who last month announced his intention to resign his post this summer, claimed his company was viewed positively by 50% of Swedes, while the company’s closest internationally licensed online competitor scored no higher than 29%.

Swedes hold a pejorative view of gaming operators in general, as evidenced by the findings of the latest Swedish Quality Index, which conducted its first study of the gaming market late last year and released a summary of its findings last week.

One of the top suggestions for remedying the average Swedes’ negative view of gaming is to reduce the prevalence of gambling advertising. Total gambling advertising spending in Sweden last year hit a record SEK 5.5b, a nearly 45% rise from 2016’s outlay, adding emphasis to the Swedish authorities’ push to restrict unauthorized online operators from advertising via local media.