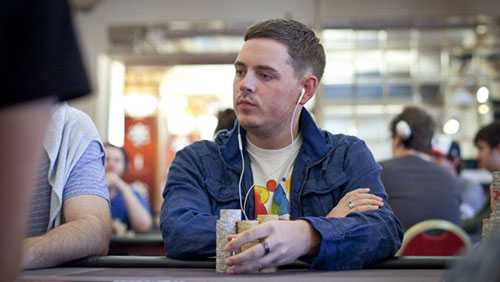 A full round-up of the Aussie Millions festival including a resounding success for the British pros, notably Toby Lewis who walked away with the $1.17m first prize in the Main Event.

A few weeks ago, I sat down with Jake Cody to talk about the British poker boom in the early noughties and pondered why so few of that young crop ended up competing in the highest stakes.

Toby Lewis was one of those on my mind.

The 2018 Aussie Millions attracted a record number of entrants (800). The field contained many former champions, but none fared better than the 2014 champ Ami Barer and the 2016 champ Ari Engel who hit the rail in 36th and 10th place respectively.

After Engel bubbled the final table, it was Lewis who entered the last day with the chip lead, and when you have all of his live tournament experience, he had to be the bookies favourite.

And Lewis was as cool as a carrot.

Speaking to PokerNews after his win, the UK pro said he felt the least amount of pressure he had ever felt heading into a major final table.

“I just felt really comfortable,” Lewis told the reporters. “I had an understanding of the players. I stayed off social media. I tried not to hype myself up too much.”

Lewis sent Solaas packing KK>A9 and didn’t take long to do likewise to the least talked about Raising for Effective (REG) board member Huber, who will now donate a significant portion of his $735,217 purse to effective charities.

Lewis’s victory sees him jump from 22nd in the UK’s All-Time Live Money list to 11th, a few shandies away from a certain Jake Cody who sits in the tenth spot.

At the time of writing, 23 of the 26 planned events are in the record books.

As you would expect, the Aussies have taken down 50% of the events. The Brits are the second most successful nation. Lewis won the Main Event, Jack Sinclair took down a No-Limit Hold’em (NLHE) side event for $102,034, and Richard Ashby bagged a mixed game title for $42,104.

There were three victories for North America. Chance Kornuth won an NLHE side event for $107,925, and Sam Greenwood won the three-man A$50k Challenge for $94,074. Ben Lamb banked half a million bucks for winning the A25k Challenge.

Andreas Klatt beat Kenny Hallaert in heads-up action to take the $115,860 first prize in a Six Max Shot Clock event, but Hallaert reacted well by winning a Turbo event for $60,000. It was the Belgian’s third final table of the series.

With the Main Event out of the way, all eyes turn to the A$100k Challenge. Day 1 attracted 16 entrants, and Winamax pro-Mustapha Kanit leads the final six players entering the last day.