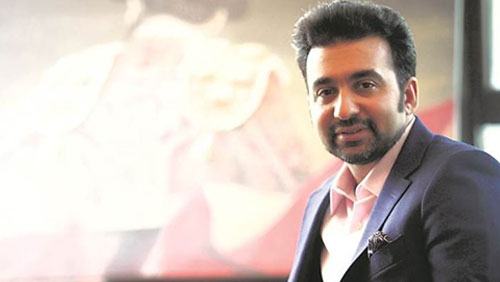 The former franchise owner of the Goa Kings is involved in a legal dispute with Match Indian Poker League founder Raj Kundra after refusing to pay his franchise fee claiming the inaugural event was rigged.

It’s a form of entertainment. And yet there are still places in the world who believe poker is a game only the devil and his kin play; like India.

There is a war in India.

So the last thing those reputable companies need is a mud slinging contest, but that’s what it got this week.

Actor Sachiin Joshi, son of Jagdish Joshi, and former franchise owner of the Match Indian Poker League (Match IPL) side The Goa Kings is currently flapping around like a netted fish. The man holding the net is the Match IPL Founder, Raj Kundra.

According to Kundra, Joshi initially agreed to pay Rs 40 lakh ($60k) to acquire the Goa Kings franchise, but the check bounced, and the actor disappeared off the radar before reappearing in a series of Twitter rants claiming Kundra fixed the contest.

Outside of Twitter, Manoj Asrani, Group CMO, of Joshi’s firm Viiking Ventures, referred to Kundra as a “con man,” before going on to say that Kundra made promises he never delivered, that the tournament was rigged for a specific team to win and that the competition was fraudulent.

“We never signed any agreement with Kundra, so there is no question of payment,” Said Asrani.

Kundra believes the move is nothing more than a smokescreen because Joshi can’t pay his dues. Joshi replied on Twitter that it costs him more than Rs. 40 lakh to look after his dogs.

Springing to the defence of Kundra is Patrick Nally. The President of the International Federation of Match Poker (IFMP), of which the (Match IPL) is a member, reminded anyone who cared to listen, that the beauty of Match Poker is its transparency. The fact that all relevant gameplay materials are out in the open makes it ‘impossible’ for the game to be rigged or the ‘system to be gamed.’

“The Match IPL and Match Poker, is a clean and completely honest professionally run sports league,” said Nally before continuing. “Mr Sachiin Joshi’s allegations are unfounded and without any basis”.

Nally ended the communications by threatening Joshi with legal action if the man doesn’t offer an unconditional apology.