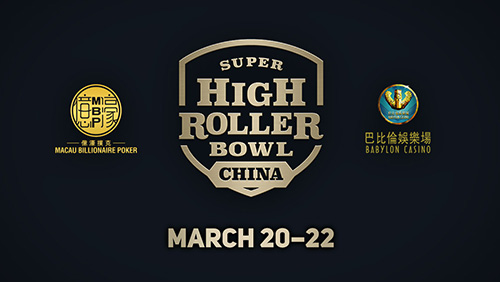 The Super High Roller Bowl is readying to fly from its nest in Las Vegas after Poker Central announced plans to host an event in China after bonding with the Macau Billionaire Poker Club.

There used to be a local home game on a Tuesday night. You would finish work, head home, down some nosh, put the kids to bed and be in the pub for 8 pm. You would start with a tournament (rebuy) and then end the night with a Dealer’s Choice cash game, sneaking home about 5 am.

One day, someone came up with the brilliant idea of doing the same thing on a Thursday night. We loved the game as much as wizards love strange spells, so despite the consternation of those that shared our beds, we went for it.

It was a disaster.

Those holding out an old tin pan couldn’t financially manage two significant losses in a week. I’m sure it was as psychological as it was economically disturbing. The game only lasted a few weeks. There were only four hardcore grinders in the end. It was pointless.

I often wonder if the professional poker players have the same problem?

The online poker market is fierce with ever-expanding tournaments with huge guarantees popping up as frequently as the clouds that spit into the English Channel. Players who love competing at live events face a similarly dazzling array of choices. Rebuys, re-entries. There are more ways to blow your bankroll than ever before.

And those at the very top of the game must also be affected.

Daniel Negreanu expects to pay $3m in buy-ins in 2018. I think he might have to change his forecast.

The Super High Roller Bowl (SHRB) is going vagabond on us.

As 2017 waved a fond farewell, PokerStars announced the $25k Player’s No-Limit Hold’em Championship. The megaphones are out. People are calling it the best tournament outside of the $10,000 World Series of Poker (WSOP) Main Event.

Not the high rollers.

If you sat each one of this exclusive club down and asked them to name the best competition in the world, the vast majority of them would choose the SHRB. The structure, the venue, the guarantee, the cap, the first prize, the way the organisers treat the players. It’s simply the best.

So it’s no shock that Poker Central intends to leverage this love by opening up the second event in China. Poker Central will partner with Macau Billionaire Poker to host the HKD 100m (USD 12.8m) guaranteed SHRB China. The buy-in is $2m+$100k HKD (USD 270k), and the event is unlimited re-entry. 3% of the prize pool pops up on the balance sheet as ‘administrative expenses.’

The Babylon Casino, Macau Fisherman’s Wharf, hosts the event March 20-22. The date clashes with the European Poker Tour (EPT) Sochi, which takes place in Russia March 20-29, but it does allow players to get from A to Z should they want to compete in both events, and PokerStars backload the Sochi event with High Roller games.

Organisers will cap the SHRB China at 49 players, and I will be shocked if they don’t fill every seat. One man who will be there is Erik Seidel.

“I’m very excited about the expansion of the SHRB; it shows the strength of the brand & the appeal of poker internationally.” Said Seidel. “That only three years in, there is interest in expanding the SHRB is a great sign for poker, and I’m looking forward to playing such a big & prestigious event in Asia.”

Sampson Simmons, VP of Content at Poker Central called the SHRB the gold standard for high roller tournament poker, and I have to agree with him. If the SHRB China is a success, I’m sure we can expect the event to be receiving even more stamps on its passports in the coming years.

Let’s just hope the money keeps coming in, so we don’t run out of players.