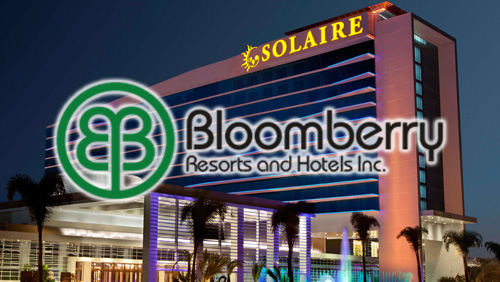 Philippine-listed casino operator Bloomberry Resorts and Hotel Inc. has come up with a way to entice new players to gamble in its integrated resort while retaining their loyal patrons.

Bloomberry announced Wednesday that it will reward loyal patrons of its Solaire Resort and Casino with company stock as it tries to fend off competition posed by other integrated resorts in the Manila Bay entertainment district.

In a regulatory filing, Bloomberry said that it purchased 382,900 shares valued at PHP4.24 million (US$83,000) for its marketing program.

“The board of directors of Bloomberry Resorts & Hotels Inc. (BRHI) in a board resolution dated 22 January 2018 authorized the Company to purchase up to two million (2,000,000) shares of Bloomberry Resorts Corporation (BRC) through the Stock Market at market price,” Bloomberry said. “These shares shall be given as a reward to Solaire’s loyal patrons and as part of Solaire’s marketing program.”

2017 was a banner year for the casino operator, which made PHP5.91 billion ($116.3 million) from January to September, almost four times higher than its earnings in the same period of 2016. Shares of Bloomberry was also up 8.09 percent after Thursday’s trading.

Bloomberry Chairman and Chief Executive Officer Enrique Razon said the increase in attributable profit is driven by the strong growth in both mass and VIP play.

State-run Philippine Amusement and Gaming Corporation (PAGCOR) warned government officials and employees to stay out of casinos and other gambling facilities if they don’t want to get arrested and charged.