NetEnt, the leading provider of digital gaming solutions, has signed an agreement with Sony Pictures Consumer Products to launch a video slot machine game based on the original Jumanji film. 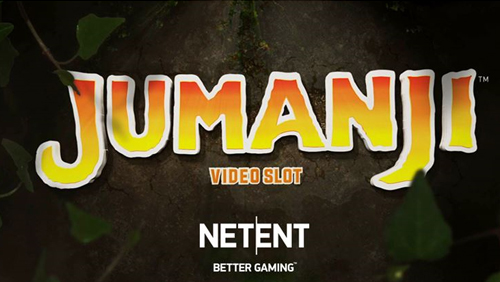 The new Jumanji game, which will be released later this year, follows the recent launch of the holiday blockbuster film ‘Jumanji: Welcome to the Jungle’. The current film has resonated with critics and audiences alike around the globe having delivered more than $676 million in global box office.

Henrik Fagerlund, Chief Product Officer of NetEnt, said: “Being able to secure a deal for another high-profile title showcases the moves we’re making in diversifying our roster of games.”

Jumanji is a great addition to NetEnt’s renowned branded games portfolio alongside the likes of Planet of the Apes™, Guns N’ Roses™ and Motörhead Video Slot™.

“The original Jumanji movie, which debuted in 1995, remains a moviegoer favorite and continues to demonstrate its cross-generational appeal more than 20 years later! Also, with the recent release of the new film, the Jumanji brand is more popular than ever. We’re excited for the game launch in 2018, continued Fagerlund.”

Attendees at ICE can visit NetEnt’s stand (N3-242) to get a sneak peek of the game. NetEnt will be continuing the tradition at ICE unveiling another branded title at 15:00 on Tuesday, 6th February.

NetEnt AB (publ) is a leading digital entertainment company, providing premium gaming solutions to the world’s most successful online casino operators. Since its inception in 1996, NetEnt has been a true pioneer in driving the market with thrilling games powered by their cutting-edge platform. With innovation at its core, NetEnt is committed to helping customers stay ahead of the competition. NetEnt is listed on Nasdaq Stockholm (NET-B), employs 900 people and has offices in Stockholm, Malta, Kiev, Gothenburg, New Jersey, Krakow and Gibraltar. www.netent.com