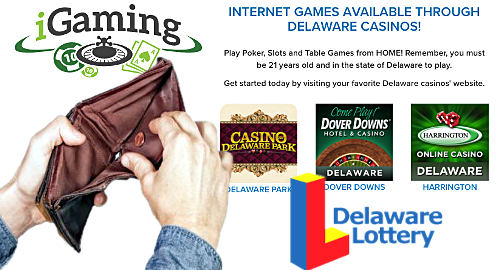 The state’s annual revenue is essentially a rounding error for many gambling markets, but such is the glacial state of US online gambling legalization that there are still only three active intrastate markets, so it is worth mentioning, if only to provide counterweight to New Jersey’s 2017 haul of $245m.

Leave it to poker to grab the most garish headline. Annual poker revenue hit a whopping $231k in 2017, down 38% from 2016’s $376k, possibly because one of the state’s 15 active players lost his phone or something. Bottom line, those plans to pool liquidity between New Jersey’s much larger (but similarly struggling) online poker sites and those of Delaware and Nevada can’t come soon enough.

Delaware launched its intrastate online gambling market in 2013, and while its population of less than 1m meant it was never going to produce mind-boggling revenue numbers, it at least appeared to be heading in the right direction. For instance, the 2016 annual haul was 62% higher than 2015’s result and represented a new record for the state.

The Delaware Lottery isn’t scheduled to release its final sports lottery numbers – which essentially dovetail with National Football League activity – until next month. However, the comparable figures available for the first three months of each season indicate that the state is well on its way toward exceeding last year’s total. Always leave on a high note, as they say.