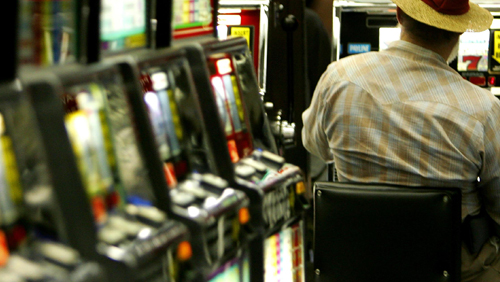 More Tasmanians prefer to gamble online than play pokies in pubs and clubs, according to the latest study conducted by the Australian state’s Department of Treasury and Finance.

Citing the government’s Social and Economic Impact Study (SEIS), ABC News reported that poker machine use in Tasmania has declined 27 percent over the past decade while online gambling has increased by more than 54 percent.

State researchers said that one out of 10 Tasmanian adults had gambled online, and most of them played using their mobile phones. They also found that regular gambling is prevalent among Australian-born males who earn between AUD80,000 (US$63,603) and AUD119,999 ($95,404) annually.

The average amount that Tasmanians gambled in 2017 was AUD950 ($755), according to the research, which also pointed out that problem gamblers were now a “tiny proportion of the Tasmanian population.”

Commissioned every three years, the study aims to give a clear picture of the industry and its effects on the public. Researchers conducted 15-minute phone interviews with 5,000 respondents aged 18 and above.

The research was conducted between June 13 and August 7, 2017, according to the report.

For Treasurer Peter Gutwein, the result of the study “put into context the claims of those who want to take away the free choice of Tasmanians to gamble if they choose to do so.”

Members of the opposition, however, raised eyebrows at the timing of the report’s release, which coincided with the high-profile visit of Prime Minister Malcolm Turnbull to Tasmania.

Labor’s Shadow Treasurer Scott Bacon said things were now clear to him as to why “Gutwein buried this report and then lied about it, and then put it out at 3:30 on a very busy news day.”

Anti-pokies campaigner James Boyce, on the other hand, accused Gutwein of cherry-picking the social and economic impact studies that will suit their arguments.

Gambling has been a thorny political issue in Tasmania, especially when thousands of jobs are at risk as a result of Labor’s proposal to scrap pokies. Last week, the Tasmanian Liberal Party began wooing voters to re-elect its candidates in the March elections by assuring them that pokies will remain in pubs and clubs.