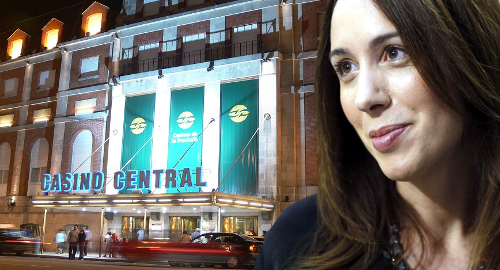 Three casinos in the Argentine province of Buenos Aires are being forced to close as the governor aims to restrict residents’ access to gambling products.

This week, Buenos Aires Gov. María Eugenia Vidal (pictured) confirmed ordering the closure on December 31 of a casino in Valeria del Mar. Two other casinos in Necochea and Mar de Ajó will close in the coming months, and a planned bingo parlor in Temperley will not open.

La Nacion quoted Vidal telling reporters that her administration had kept a tight lid on gambling during its first two years in office. “No more machines were added, we did not open a single lottery agency … Now will follow a state in which we will further restrict the game.”

Prior to the closures, there were 12 casinos and 46 bingo halls in the province. Two of the casinos have licenses that don’t expire until 2019 and 2021, leaving seven casinos that will be part of a new tender process.

Interested parties will have to bid for the right to operate a province-wide maximum of 3,860 slot machines at these seven casinos. When it comes to judging applicants, Vidal said 45% of the score will depend on how big a cut of revenue the would-be operator is willing to share with the province.

Buenos Aires casinos are all government-owned, while the machines in them are operated by private companies., which currently keep 40% of the profits. The machines in the seven casinos participating in the tender are all operated by Boldt SA. Spanish operator Codere, which runs many of Argentina’s bingo halls, is expected to make a concerted effort to win the casino concession.

The province also plans to impose a new licensing system that will split these seven casinos into “three baskets” of two or three casinos apiece, combining the most and least profitable venues. To ease fears that more closures are imminent, the new casino concessions will have a duration of 20 years.

In justifying the casino closures, Vidal claimed that gaming had failed to boost tourism, while further claiming that “the idea that restricting the legal game favors the illegal is false … You have to restrict the legal game and combat the illegal.”