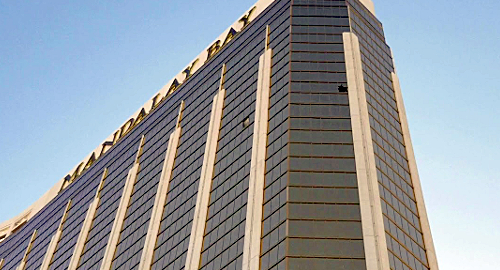 Casino operator MGM Resorts has reopened access to the floor of its Mandalay Bay resort in Las Vegas that was involved in the worst mass shooting in United States history.

On Monday, the Las Vegas Review-Journal reported that MGM was once again allowing Mandalay Bay guests to access the 32nd floor, from which Stephen Paddock shot 58 concert-goers last October before turning the weapon on himself.

In addition to closing down non-gaming amenities and laying off a good portion of its staff, MGM had closed off access to a number of Mandalay Bay hotel floors in the wake of the shooting, in part to allow forensic investigators to study the crime scene.

But with the investigation closed and the CES 2018 technology convention kicking off Tuesday, the hotel is making use of what MGM spokesperson Debra DeShong called “some portions” of the 32nd floor to accommodate the influx of guests. DeShong was adamant that MGM has no intentions of ever renting out the specific room from which Paddock perpetrated his heinous crime.

In more uplifting news, MGM China’s new MGM Cotai property is preparing for the property’s soft opening on January 29, which will be followed by the official grand opening on February 13, just in time for the arrival of the Year of the Dog three days later, and all the associated lunar new year celebrations.

While MGM plans to have Macau government officials preside over MGM Cotai’s grand opening, the company noted that all of its projected opening timelines were subject to the company receiving the necessary approvals from Macau regulators.

For one thing, the company still has no clue as to how many new-to-market gaming tables MGM Cotai will be allocated. While MGM Cotai reportedly has space to handle up to 500 tables, the most recent properties to open in Macau – Wynn Resorts’ Wynn Palace and Sands China’s Parisian – were each forced to reallocate tables from other properties after being issued only 100 new tables apiece to start, with an additional 50 tables per property allocated in subsequent stages.