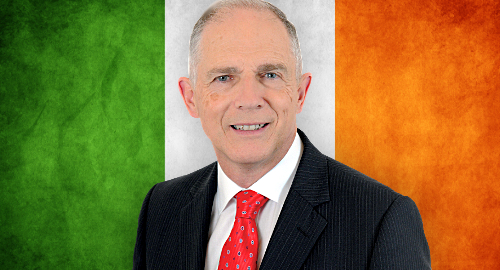 Ireland’s gambling industry will be overseen by an independent regulatory body, assuming a new government proposal can meet with legislative approval.

On Wednesday, The Journal reported that Minister of State for Equality, Immigration and Integration David Stanton (pictured) had requested approval from Cabinet for yet another revision to the country’s proposed but never approved Gambling Control Bill.

That 2013 bill proposed setting up a national gambling control office within the Department of Justice, but Stanton is proposing an independent statutory authority be established to oversee all gambling and betting activity in the Republic.

The new regulator would be responsible for overseeing gambling advertising, sports sponsorship, conducting research into gambling activity and controlling a fund to provide treatment for problem gamblers.

The push for an independent, industry-funded regulator gathered momentum last November, with the country’s largest opposition party Fianna Fáil pressing the Fine Gael-led government to get a move on.

Stanton didn’t put a timeframe on when this new regulator might be up and running but did say the government would consult with stakeholders in an attempt to finally push this revised version of the Gambling Control Bill over the legislative hump sometime this year.

Irish-based operators, including Paddy Power and Boylesports, have long pressed the government to get on with passage of the gambling bill to ensure they’re on a level playing field with the multitude of internationally licensed online gambling operators sering the Irish market.

Ireland approved a new online sports betting tax scheme a few years ago, requiring all Irish-facing operators to secure local licenses and pay 1% tax on betting turnover derived from Irish punters. In December, the government shelved plans to double this tax based on industry concerns that their operations would no longer be viable.