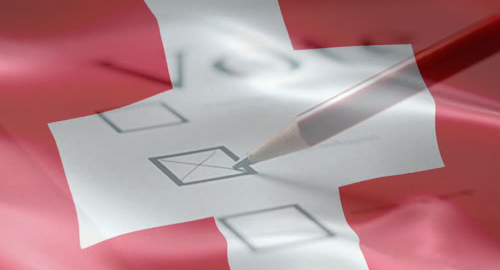 Last September, Swiss legislators approved controversial changes to its gambling laws that will restrict online gambling operations to those controlled by local land-based casino operators. To ensure the success of these sites, Swiss internet service providers (ISPs) will be compelled to block the domains of unauthorized gambling sites.

This domain-blocking plan, set to take effect in 2019, met with pushback from Swiss ISPs and civil libertarians, who decided Swiss voters should have a say in this flirtation with authoritarian censorship. Swiss law allows voters a referendum on contentious legislation provided 50k citizens sign the necessary petition within 100 days of the law’s passage.

On Tuesday, Swiss media outlet Blick reported that a coalition of three political parties and the Internet Society Switzerland Chapter (ISOC-CH) had so far collected around 65k signatures, of which 25k have been certified by the state. The group has until January 18 to certify the additional 25k signatures needed for the referendum to be approved.

Andri Silberschmidt, president of the youth organization of Switzerland’s Free Democratic Party (FDP), told Blick that his group was intent on combatting “digital isolation,” mindful that once a government starts banning what its citizens can do online, even tighter restrictions are usually not far behind. “Freedom for the economy and the internet, has great support in Switzerland.”

The new gambling laws were largely viewed as a sop to the local casino industry, which has long complained that its falling revenue was due to competition from international gambling sites. But the most recent data from the Swiss Federation of Casinos showed the nation’s 21 licensed brick-and-mortar casinos posted a modest year-on-year revenue gain in 2016. Lottery and sports betting revenue enjoyed even larger gains in 2016, rising 8.3% year-on-year. But hey, why let hard data spoil one’s justification for rank protectionism?