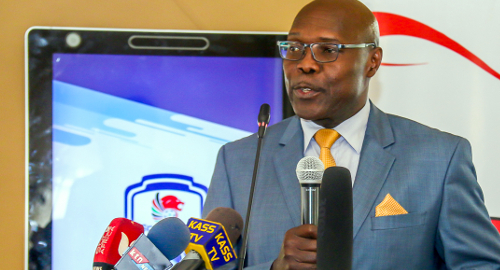 Betting operator SportPesa’s sponsorship brinksmanship with Kenya’s government is getting an assist from the nation’s newly impoverished sports franchises.

As of January 1, SportPesa followed through on its promise to scrap its Kenyan sports sponsorships as a reaction to the government proceeding with its controversial 35% tax on all gambling products, which is on top of the 30% corporation tax gambling operators already pay.

Two formerly SportPesa-sponsored Kenyan Premier League football teams – Gor Mahia FC and AFC Leopards – announced this week that they would pull out of future continental tournaments. The two clubs had enjoyed combined annual revenue of Sh100m ($970k) via SportPesa shirt deals, but with these funds now gone, the clubs are questioning all unnecessary expenditure.

AFC Leopards chairman Dan Mule issued a statement underscoring the dire state of the team’s financial books, saying that “without the backing of SportPesa, the club will not be able to pay salaries.” SportPesa’s sponsorship reportedly paid up to 70% of the team’s monthly nut.

Mule urged the government “to put on hold the implementation of the new tax regime on betting companies to facilitate the convening of a stakeholders meeting as soon as possible.”

Gor Mahia chairman Ambrose Rachier (pictured) issued a similar statement, saying that travelling the continent to play international fixtures “is an expensive affair which Gor Mahia cannot afford on its own.” The club would now be forced to go back to its previous fundraising efforts, which included “selling bread.”

Rachier noted that “these methods, as evidenced by the state of the club then, were and are not sustainable.” Rachier urged the government to rethink its tax plan, which is “repelling investors” and represents “a death knell to this very promising industry.”

SportPesa announced Monday that it planned to appeal last week’s High Court ruling that the tax plan was constitutional. CEO Ronald Karauri said he still hoped to meet with Kenya’s President Uhuru Kenyatta to discuss the matter and pledged that SportPesa would resume its former sponsorship commitments if a workable solution could be attained.

SportPesa’s annual sponsorship tally of local sports totaled more than Sh600m and Karauri told Kenya’s Standard Media that the government’s plan to launch a new sports lottery to fund local sports teams and bodies was a good start but would ultimately prove insufficient.

Standard Media published an op-ed urging the government to honor its commitment to funnel the increased gambling tax revenue to sports and cultural programs. The paper said the government is facing a “moment of truth” to either commit to funding sports on its own or to offer incentives to corporations that will sponsor sports.