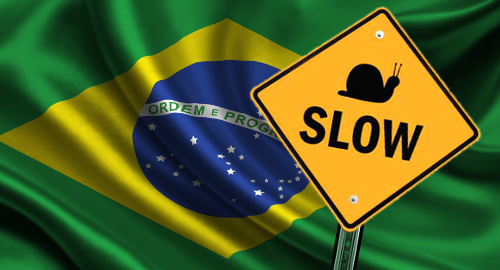 Brazil’s agonizingly slow path to liberalizing its gambling market took yet another detour to Tardy Town this week, but politicians promised that forward progress is just around the corner.

On Wednesday, the Constitutionality and Justice Committee (CCJ) was scheduled to vote on PLS 186/2014, the Senate’s version of the perennially delayed gambling legislation that has been trying to drag Brazil’s market into the 21st century for several years now.

However, in the days before Wednesday’s vote, several senators put forward controversial new amendments, including one that would require gaming operators to enter into partnerships in which local companies would hold at least a 30% stake, while another amendment proposed a blanket 30% tax on all land-based and online gambling revenue.

Thankfully, neither of those amendments appear to have been incorporated into the bill, although the CCJ did agree to include a prohibition on slots and video bingo machines outside of casinos, while also handing control of the jogos do bicho (animal game lottery) to the federal government rather than the individual states.

Due to the revisions to the legislation, the CCJ postponed its vote on PLS 186/2014 due to the need to hold a hearing to discuss the amended text. The CCJ now intends to vote on the revised bill next Wednesday (13), although it should be noted that this Wednesday’s scheduled vote was itself delayed from the previous Wednesday.

It’s unclear whether the legislation has the 14 votes needed to clear the 27-member CCJ, with at least 12 votes said to be firmly in the ‘no’ camp. While a negative vote next Wednesday wouldn’t necessary spell the death of the bill, it would inject further delays into an already drawn-out process.

The Chamber of Deputies has its own gambling bill, PL 442/91, and the recent establishment of a pro-gaming parliamentary front indicates there is sufficient support to pass their bill if they just schedule a damn vote. Brazil’s President Michel Temer has indicated he’s prepared to sign gambling legislation into law assuming it ever reaches his desk.

In the meantime, international gambling operators will go on salivating at the thought of accessing Brazil’s massive market. Last month, the Remote Gambling Association released a KPMG report that claimed Brazil’s regulated online gambling market could generate annual revenue of R6.7b (US $2.1b), putting it second only to the UK in terms of scale. That is, assuming Brazil’s politicians finally succeed in pushing this lame runner across the finish line.