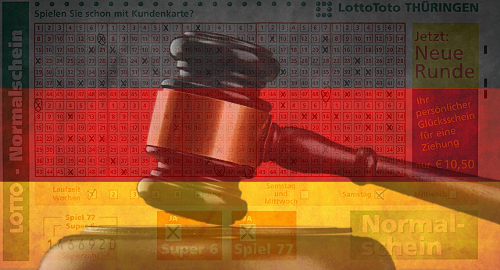 A German court has declared state lottery monopolies to be unlawful, potentially opening the door for international operators while injecting further confusion into the country’s overall gambling market.

Last week, the Administrative Court of Munich issued a ruling that upheld a complaint brought by a Bavarian firm that had been blocked from obtaining permission to operate a lottery in the administrative district of Upper Palatinate.

As detailed by MBL-HSG attorney Martin Arendts, the unnamed operator got the runaround from the Bavarian Ministry of the Interior, which stated that the plaintiff wasn’t qualified to operate a lottery in the state, despite the plaintiff submitting several revised applications intended to satisfy the state’s increasingly opaque and shifting justifications.

The Munich court ultimately concluded that the state’s desire to retain its lottery monopoly ran contrary to Article 56 of the Treaty of the Functioning of the European Union (TFEU), which guards against the protectionist impulses of EU member states. The EU permits its members to maintain gambling monopolies that are designed to keep problem gambling under wraps, but only under certain circumstances.

For instance, state monopolies are only permissible if they refrain from heavily marketing their products to boost sales. In the Bavarian case, the plaintiff submitted numerous examples of the state monopoly promoting large jackpots just waiting to be won by mathematically-challenged Germans, which somewhat undermined the government’s alleged desire to keep gambling down to a dull roar.

The ruling injects still more uncertainty into the meeting next February of all 16 German states regarding the latest Interstate Treaty on Gambling. Some provision for private lottery operators will need to be inserted into the Treaty, which has already been dismissed as unworkable by at least four states.

Online lottery betting operator Lottoland, which has also applied for a German operating license, hailed the Munich court ruling, as did lottery operator Zeal. But whether this ruling will have any real-world impact could depend on whether the European Commission (EC) actually intends to continue pressing EU member states on gambling issues.

EUROPEAN COMMISSION TIRED OF GAMBLING CASES?
On Tuesday, GamblingCompliance reported that the EC had sent letters to numerous trade groups and other stakeholders informing them of the EC’s plans to drop all cases of gambling infringement brought against EU member states.

The plan to suspend actions against the EU members accused of violating Article 56 of the TFEU would require the approval of the College of Commissioners, but GamblingCompliance reported that this vote could occur as early as December 7 (a new reason for this date to live in infamy, at least outside the US).

The EC has found fault with numerous EU members’ plans to either block international operators from entering certain markets, or to craft regulatory regimes that unduly favor domestic operators. Member states that have been brought before the European Court of Justice on gambling infringement include Belgium, Cyprus, the Czech Republic, Greece, Lithuania, the Netherlands, Poland, Romania and Sweden.