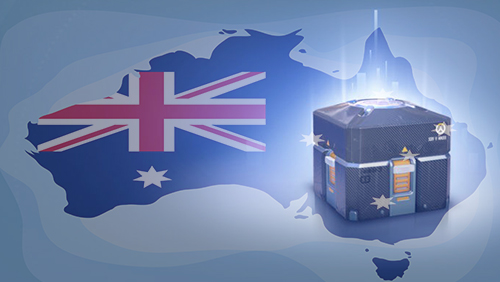 The issue of loot box gambling continues to spread like wild fire, even reaching the land down under.

While Australia has yet to issue its formal position on the matter, Kotaku Australia reported that the Victorian Commission for Gambling and Liquor Regulation (VCGLR) has declared that loot boxes constitute a form of gambling.

It all started with a student’s curiosity. Perhaps the Aussie student read all the negative feedback that Electronic Arts’ Star Wars Battlefront II is receiving that caused him to reach out to the VCGLR via Reddit.

Jarrod Wolfe, a strategic analyst in the Victorian regulators’ compliance division, agreed with the student’s supposition that “what occurs with ‘loot boxes’ does constitute gambling by the definition of the Victorian legislation.”

“The focus of my concerns currently is on the more predatory aspects related to ‘pay to win’. Skins, skins betting and virtual currencies are certainly a peripheral consideration. However, the idea that (genuine) progression in a game could be reliant on the outcome of a random number generator is at odds with responsible gambling and the objectives of our acts,” Wolfe said. “More importantly the normalization of gambling vernacular and mechanics targeted at vulnerable persons (minors), is not just morally reprehensible, but is also legally questionable.”

Wolfe admitted that there are certain “complexities” in regulating loot boxes in games. Wolfe pointed out that the pace of legislation is slower than the development of technology and lastly, he said that regulators at both the “state and federal level are not necessarily equipped to determine the legality of these practices in lieu of the fact the entities responsible are overseas.”

The only solution that Wolfe could think of at the moment is that other Australian regulators may work together to police video games’ gambling elements.

Aside from Australia, many countries are now conducting a probe into the controversial micrcotransactions in video games. France has already called for a probe into the issue while Belgium appears to be moving toward declaring loot box as gambling.

The UK Gambling Commission said that loot boxes are not gambling if the items cannot be exchanged for real money.