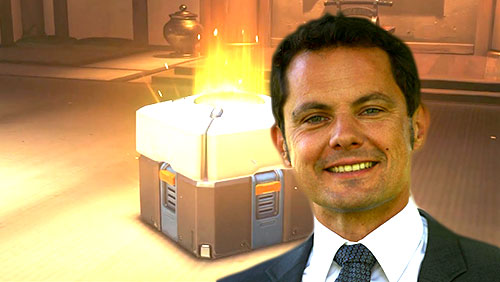 A French senator has prodded the country’s gaming regulator to investigate the controversial loot boxes in video games, which many regard as a form of gambling.

In a letter addressed to French regulator ARJEL, Senator Jérôme Durain expressed his concerns over the growing trend of loot boxes and microtransactions in video games.

The letter, which was translated on Reddit, raised the issue of loot boxes and microtransactions and the need for the state regulator’s special attention. Durain cited the observations of gaming experts that the microtransactions in video games such as Star Wars Battlefront 2 have “deleterious effects.”

“The development of so-called pay-to-win practices is more contentious, as shown by the recent controversy over the game Star Wars Battlefront 2,” the French senator said. “Quite aside from the acceptance of the practice, some observers point to a convergence of the video game world and practices specific to gambling.”

While there’s no need to craft new legislation addressing gambling in loot boxes, Durain stressed the need for the state to protect consumers.

He noted that European countries like the United Kingdom and Belgium are already conducting their own respective investigations of loot box gambling. China, on the other hand, already decided in favor of a transparency of win ratios, according to Durain.

“So we see that the question is not unique to France. Does ARJEL have the infrastructure necessary for a general census of win ratios for micro transactions?” Durain asked.

Aside from the president of Arjel, Durain also sent letters to the French Secretary for digital affairs, French video game consumer body SELL, French games industry association SNJV, and the France eSport Association regarding his concerns over loot box gambling and microtransactions.

The company specifically removed the ability to purchase Crystals, the in-game currency players could buy with real money to unlock new weapons, characters, and abilities.

“We hear loud and clear, so we’re turning off all in-game purchases,” Oskar Gabrielson, general manager at the game’s developer DICE said in an announcement posted on their website. “We will now spend more time listening, adjusting, balancing and tuning. This means the option to purchase Crystals in the game is now offline, and all progression will be earned through gameplay. The ability to purchase crystals in-game will become available at a later date, only after we’ve made changes to the game.”