Based on future odds set by sportsbooks, we may see a rematch of the 2017 World Series between the American League’s Houston Astros and National League’s Los Angeles Dodgers. The defending World Series champion Astros are +500 betting favorites to repeat in 2018, with the Dodgers right behind them at +550.

Houston is coming off a thrilling seven-game World Series win over Los Angeles, the second to go the distance in as many years and third in the previous four. With some of the best young talent in baseball in second baseman Jose Altuve and shortstop Carlos Correa plus two top starting pitchers in Dallas Keuchel and Justin Verlander, the Astros seem poised to repeat as AL pennant winners as well. 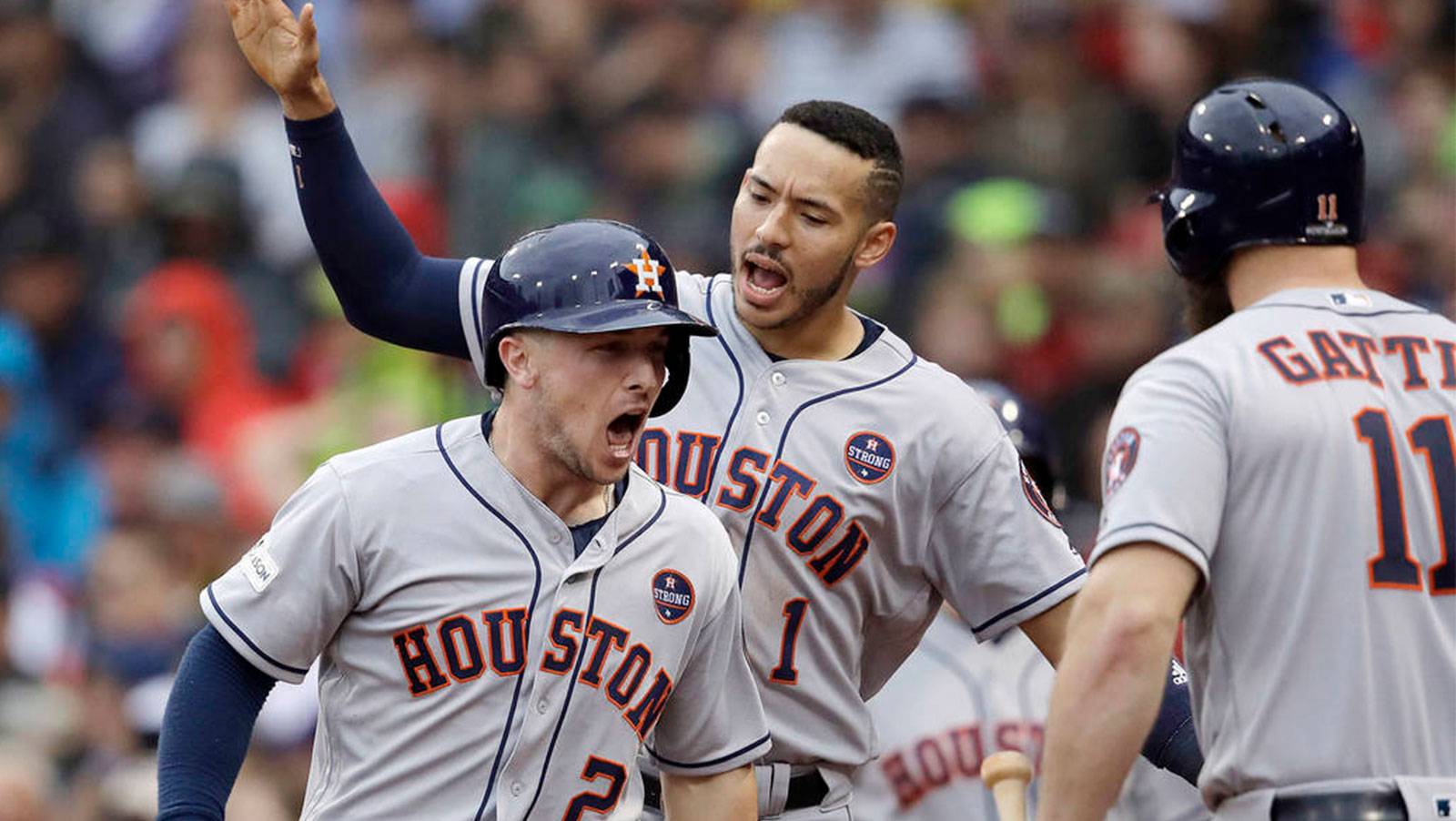 Verlander’s arrival from the Detroit Tigers in a late-season trade put them over the top for their playoff run, and his current contract will keep him in Houston three more years through 2020.

The Cleveland Indians (+750 to win the World Series), Boston Red Sox (+1100) and New York Yankees (+1100) could challenge the Astros though if they peak at the right time. The Yankees took them to seven games in the AL Championship Series after knocking out the Indians in five in the previous round. The Red Sox were a disappointment down the stretch and need Chris Sale to pitch better when it matters.

In the NL, the Dodgers are also in good shape with a strong mix of veterans and youngsters, led by ace Clayton Kershaw. Los Angeles has had the last two NL Rookies of the Year in shortstop Corey Seager and first baseman Cody Bellinger, who should only improve to help the team support starting pitchers like Kershaw offensively.

Los Angeles’ biggest competition in the NL is expected to come from the Washington Nationals and Chicago Cubs at +1000 and +1100 to win the 2018 World Series, respectively. The Nationals saw Max Scherzer win his second straight NL Cy Young Award with them this past season, yet they still could not beat the Cubs in their NL Division Series matchup.

Washington has never won a playoff series, which is one of the main reasons manager Dusty Baker was not brought back despite leading the team to two NL East titles.

Chicago won the World Series two years ago but has struggled to put together a solid pitching staff since then. Former ace Jake Arrieta is a free agent, and veteran John Lackey is expected to retire in the offseason. Regardless, the Cubs are loaded offensively behind stars Kris Bryant and Anthony Rizzo but may have to deal some of their other young hitters in order to acquire a pitcher or two needed to contend.