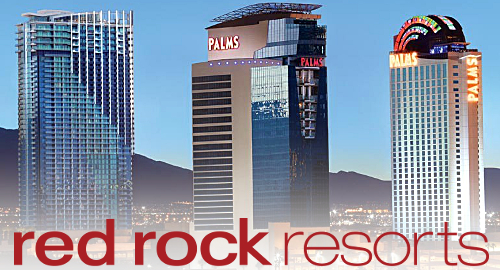 US regional casino operator Red Rock Resorts’ Q3 results got a significant boost from its 2016 acquisition of the Palms casino in Las Vegas.

Figures released Tuesday by Red Rock – the corporate umbrella for the Station Casinos business – reported revenue of $400.4m in the three months ending September 30, a 15.3% improvement over the same period last year.

Adjusted earnings improved 8.5% to $118.3m but net income fell by one-third to $22.3m, which the company said was primarily attributable to increased write-downs and other charges.

Red Rock’s mainstay Vegas operations saw revenue rise 16% to $369.5m, boosted by the additional $38m provided by the Palms, which Red Rock acquired in May 2016 from its private equity owners for $312.5m. Same-store operations in Vegas improved 4.2% from the same period last year.

Red Rock also manages gaming operations at Native American casinos, specifically, the Graton Resort in Sonoma, California and the Gun Lake Casino in Michigan. These management fees were up 7% to $29.6m, while the division’s earnings improved 17% to $25.3m.

Red Rock’s management agreement with Gun Lake expires in February 2018, but on the plus side, the Graton management fees will increase from 24% to 27% this month.

Red Rock also offered specifics on its $485m redevelopment plans for the Palms. Phase one, which includes a completely renovated gaming floor and an additional high-limit slots and table room, is expected to be complete by Q2 2018.

Phase two, which includes redesigning and renovating the 282 existing hotel rooms and adding 60 additional rooms, will be done by Q4 2018 or early Q1 2019. The gussied-up Palms will include a new 29k-square-foot nightclub, a 73k-square-foot pool pub that can accommodate up to 5k guests at a time and a 20k-square-foot wellness spa and salon.