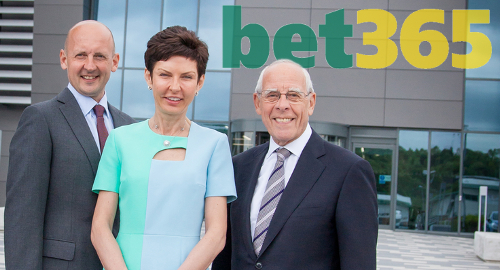 UK online gambling operator Bet365 continues to set the pace for its local rivals, posting over half-a-billion pounds of profit in its most recent fiscal year.

Unlike its publicly traded brethren, the privately held Bet365 doesn’t issue quarterly reports, leaving its annual disclosure as the sole means of tracking the company’s financial performance. But the annual report rarely fails to disappoint in terms of the company’s ability to print money like it was the UK treasury.

The fiscal year’s operating profit totaled £504m, a 15% rise from the previous year’s returns and over one-quarter greater than the profit reported in the year before that. Bet365 is now sitting on a cash pile of £1.4b, up £300m from the previous year, meaning the company could snap up nearly any one of its publicly traded rivals and still have enough left over to keep Ray Winstone in meat pies.

The company’s ability to attract droves of punters was also on full display, as online betting turnover rose by more than £10b to £46.9b, which the company credited in part to a strong performance during the Euro 2016 football tournament.

The company’s ongoing growth was reflected in its staffing numbers, which swelled from 3,177 to 3,712, pushing staff costs up 85% to £585m. The company was founded by Peter Coates and is jointly run by John’s children Denise and John, and the family (pictured) collected a well-deserved £32.4m in dividends last year.

Bet365 has demonstrated its willingness to share its wealth, as the company’s charitable contributions more than doubled to £50.7m last year. The company also booked a £10.2m loss from its ownership of English Premier League club Stoke City FC, which reported an £8.5m profit the previous year.

Bet365 currently holds online gaming licenses in 10 different jurisdictions and Denise Coates said the group’s experience in regulated markets had led it to conclude “it is well placed to benefit long-term in those countries where sensible regulation is adopted.”