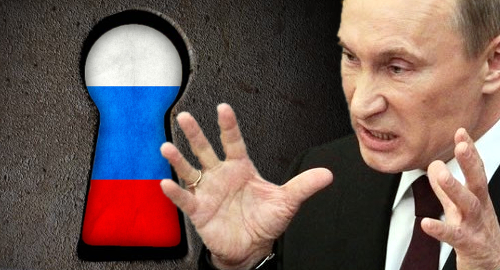 If you notice a lot less Russian players on your favorite online poker site in the coming days, you have Vladimir Putin to thank.

On Wednesday, amendments to Russia’s federal law “On Information, Information Technologies and Information Protection” take effect, with new restrictions on the use of virtual private network (VPN) services and other ‘anonymizing’ tools that many Russians use to access online information their government doesn’t want them to see.

Russian legislators approved the anti-VPN legislation this summer and Putin eagerly signed it into law at the end of July. Companies that provide VPN and anonymizing tools and services can now find themselves out of business if they fail to ensure their products aren’t being used to access forbidden online fruit.

The Roskomnadzor telecommunications watchdog has been meeting with local internet service providers to ensure they toe the line, and announced on Tuesday that its experts were working with companies including Russian cybersecurity firm Kapersky Lab, search engines Mail.ru and Yandex, as well as the makers of the Opera browser (which features built-in VPN technology), to test “the new interaction system.”

Roskomnadzor blocks thousands of forbidden domains every week, including an average of about 1,500 gambling-related domains, as internationally licensed operators constantly tweak their domain names to evade the censor’s ban-hammer.

But Russia’s Minister of Communications confessed this month that this type of whack-a-mole system is “not viable” and suggested a better strategy was to get search engines to tell the government who was searching for types of forbidden content.

Roskomnadzor’s preferred tactic of dropping cinderblocks on ants is also known for causing widespread collateral damage. Even Google found itself temporarily blocked this summer when auto-blocking tools detected a listing among the search engine’s results that redirected to the non-Russian site of online betting operator Fonbet.

But Roskomnadzor chief Alexander Zharov recently displayed his utter disinterest in rectifying such mistakes. Referring to a European Court of Human Rights (ECHR) report that claimed 4m non-banned domains were currently inaccessible in Russia due to inadvertent blocking, Zharov claimed the authors of such reports “should either use accurate mathematics or stop juggling such big numbers.”