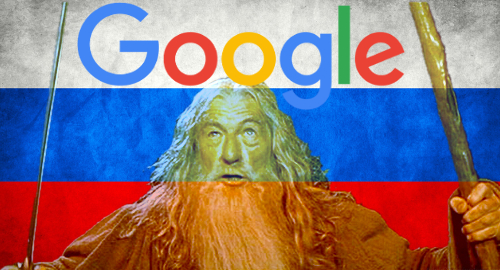 On Thursday, many Russian internet users temporarily lost access to the Google.ru domain due to one of the search engine’s pages containing a redirect to an online gambling domain associated with Russian bookies Fonbet, leading some local internet service providers (ISP) to block access to Google.ru.

In June 2016, Russia’s Federal Tax Service ordered the Roskomnadzor online sentinel to include the offending Google.ru domain on the telecom watchdog’s ever expanding blacklist of prohibited websites. Google was given one year to remedy the redirect but apparently took no action before their window of opportunity expired.

Many Russian ISPs have automated their blocking systems to keep pace with the frightening volume of domains that Roskomnadzor adds to its naughty list – and thereby avoid the hefty new fines for failing to act in a timely manner – which resulted in the “access limited” warnings some Russians discovered when trying to load Google’s search engine on Thursday.

Following customer complaints, Google realized its error and corrected the offending redirect, after which Roskomnadzor removed the domain from its blacklist, the ISPs automated systems followed suit, and online order was restored.

Roskomnadzor is the most ban-happy of all the European regulators who have instituted online gambling blacklists, adding another 1,732 online gambling domains to its naughty list in just the seven days spanning June 15-21. Fonbet-related sites alone accounted for 311 of these banned domains.

RUSSIA’S DIGITAL FIREWALL GROWING HIGHER
This week, the Russian Duma approved legislation that will make it easier for Roskomnadzor to block ‘mirror’ sites of blacklisted companies without having to seek court permission to block each individual domain. The new law, which was introduced in February, will take effect October 1.

This week also saw the Duma Committee on Information Policy, Information Technology and Communications hold a meeting with stakeholders to discuss new legislation that would impose further curbs on the use of virtual private networks (VPN) and other systems that enable Russians to access sites their government doesn’t want them to access.

Rubablacklist.net reported that the stakeholders in attendance – VPN services, ISPs, mobile communications providers, financial institutions, search engines, etc. – were highly skeptical that the proposed legislation would achieve its stated aims, but their protests reportedly fell on deaf ears. The bill is currently preparing for its second reading in the Duma.