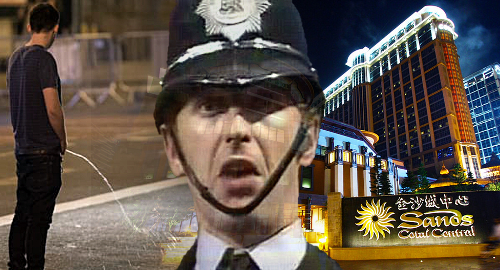 Sands reported revenue of $3.2b in the three months ending September 30, up 7.7% from Q3 2016. Adjusted property earnings rose 6% to $1.2b while net income jumped 13% to $685m. Sands chairman/curmudgeon Sheldon Adelson credited “strong growth in both Macau and Singapore” for goosing Q3’s comparatives.

In Macau, the Sands China division reported revenue up 12.2% to $1.93b while net income jumped nearly one-quarter to $403m. Adjusted property earnings hit $652m, Sands China’s best result since Q1 2014, after which Beijing launched the corruption crackdown that led to a 26-month streak of monthly gaming revenue declines.

While some Sands China properties saw significant drops in VIP win rate, the overall numbers got a boost from the new Parisian Macao, which saw its VIP turnover jump nearly 85% from Q2. The Parisian, which opened in September 2016, reported VIP turnover of $6.95b, surpassing the $6.9b reported by company’s flagship Venetian Macao property.

Company-wide, Sands China’s VIP turnover was up nearly 48% year-on-year while VIP win improved 19.2%. Mass market base mass win was up 9.6% — up 11% counting slots – while the ritzier premium mass segment improved 17.7%.

In Singapore, the Marina Bay Sands integrated resort reported revenue of $793m (+4.1%), while adjusted earnings improved 13% to $442m. The property’s VIP turnover jumped 30% while maintaining an above average VIP win rate of 3.29%.

In Pennsylvania, Sands Bethlehem brushed off its ‘for sale’ rumors long enough to post adjusted property earnings of $40m, a new quarterly record for the property, despite revenue staying largely flat at $148m.

Sands also announced that it would invest a further $1.1b expanding and refurbishing its Macau properties, including plans to rebrand Sands Cotai Central as The Londoner Macao, complete with UK-themed attractions (hopefully including football yobs puking in gutters). This transformation will get underway next year, and all components will be in the bag by 2020.

That makes Paris and London that Sands is importing to Macau, so we’re guessing the planned addition of a 295-suite tower at the Four Seasons Macao will be done up like Berlin’s Reichstag? Just a thought.

Sands’ confidence in Macau’s VIP resurgence was evident in its other reinvestment plans, which include expanding and refurbishing the VIP gaming areas in both the Venetian and the Plaza Macao, both of which expect to be completed by 2019.