Home / Poker / WSOPC Kings Casino: rings for the in forms; Ferguson could get a banner 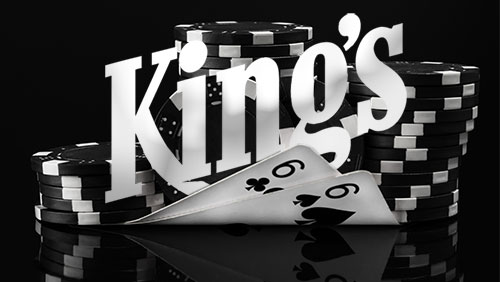 A quick round-up of the World Series of Poker Circuit at the King’s Casino in Rozvadov shows that players on a roll still have gravity on their side, and Chris “Jesus” Ferguson could be watching you all at the Rio next year.

The largest poker festival to ever hit mainland Europe is currently underway in one of the continent’s smallest villages. Bizarre, but true. The World Series of Poker Europe (WSOPE) returns after a two-year absence. A new partnership is forged with the King’s Casino in Rozvadov, and the whole thing kicked off over a week ago with a 14-gold ring World Series of Poker Circuit (WSOPC) festival.

Let’s catch up on the action from the first seven gold ring events.

The second event was the €550 NLHE Monster Stack. 763 entrants ensured the organisers surpassed the €300,000 guarantee by €62,425, and 888Poker’s country manager, Ben Bensimhon, defeated PokerStars Team Pro, Felipe Ramos in heads-up action to take the €69,550 first prize. A month ago, Bensimhon took down the WSOPC Main Event in Rotterdam for €94,349.

Finally, Romania’s Catalin Pop overcame a field of 171 entrants to take down the €15,187 first prize in the €420 NLHE Bounty Hunter event. Pop was the winner of the 888Live King’s Festival Main Event when it was held at King’s in February, as well as winning the 888Live High Roller in Barcelona in May.

Chris Ferguson Could Blag a Banner

The WSOPE Media Guide dropped into my virtual letterbox, today. I scanned through, and there was only one item worthy of note, and it concerned the WSOP Player of the Year.

At the end of the Las Vegas bracelet festivities, the chthonic Chris “Jesus” Ferguson, ended as the leading man in the Player of the Year (POY) race with 15 cashes. For his hard work, the WSOP awarded him with a free seat into the €10k WSOPE Main Event.

The WSOPE Media Guide confirms that the WSOP will bestow the winner with their very own banner, unfurled at the 49th Annual WSOP.

That means, that despite Ferguson being at the centre of one of the greatest scandals in poker’s history, and still refusing to break his silence over his role in the affair he could be watching all of you next year from a very high place in the Rio.

Eggs at the ready.