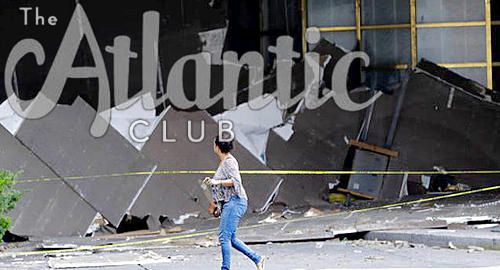 Atlantic City’s rebirth continues with word that someone has expressed interest in acquiring the mothballed Atlantic Club Casino Hotel.

On Monday, the Press of Atlantic City reported that the Atlantic Club’s current owner, Florida-based TJM Properties, claimed to be preparing to announce the sale of the venue to an undisclosed buyer. TJM director of acquisitions Dale Schooley said a contract has been signed and that TJM was just waiting for the “hard money” to roll in later this week before announcing the buyer’s identity.

TJM acquired the Atlantic Club in June 2014, five months after the property was closed by its previous owner, the Colony Capital LLC hedge fund. The closure marked the first of five Atlantic City casinos to shut their doors that year in what marked the seaside gaming market’s nadir.

Various tire-kickers have mulled acquiring the Atlantic Club over the years, including rumors this March that the casino had been sold to R&R Development Group, who planned to convert the venue into a water park. However, those plans, like all the others, came to naught.

On Friday, AC Mayor Don Guardian told the paper that he’d spoken with two developers interested in the Atlantic Club property, although like Schooley, Guardian played coy as to their identities.

Meanwhile, the Atlantic Club has continued to erode, as amply demonstrated by the partial collapse late last month of the property’s covered entrance. No humans were hurt by the falling ceiling tiles, although the families of a number of rats have requested that mourners make a donation to the local cheesecake factory in lieu of flowers.

News of the Atlantic Club’s imminent sale came just one week after reports that another mothballed AC casino, Revel aka TEN, had found new ownership, although these reports have been denied by Revel/Ten’s owner, Florida developer Glenn Straub.