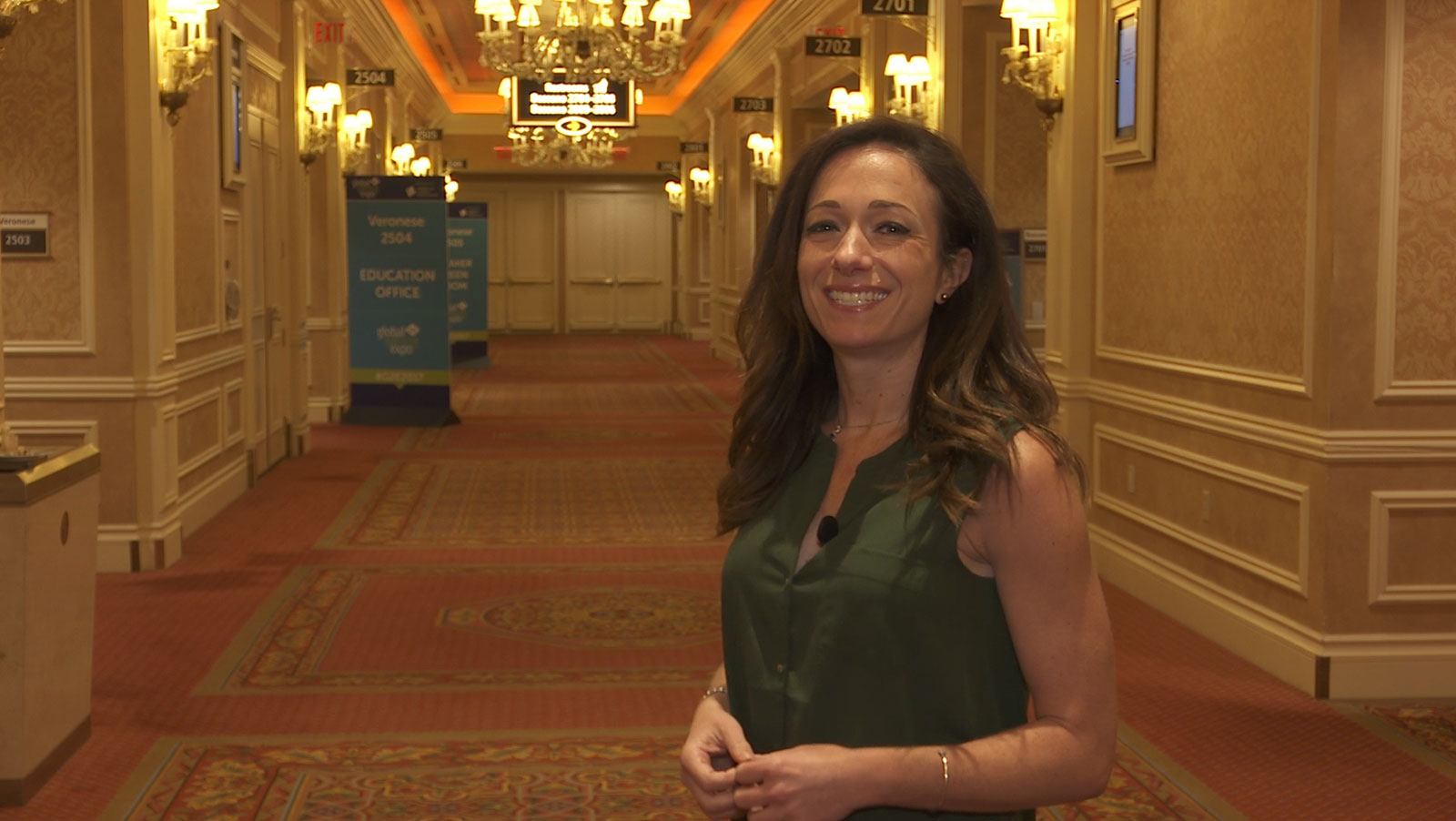 For one final day of coverage, CalvinAyre.com returned to the Sands Expo in Las Vegas for the fourth day of G2E 2017. As always the last day is the shortest and the quietest, with the gigantic expo hall closing its doors at 3pm until they re-open next year.

The massive appetite for eSports was obvious at G2E this year with a number of sessions and booths dedicated to the sector in various ways.  JCM Global specializes in high resolution LED screens and they chose to “show their stuff” this year in the form of eSports tournaments at their G2E booth.

CalvinAyre.com spoke with Tom Neiman, VP of Marketing for JCM Global to find out the story behind their involvement with the eSports sector.

“Its turned out to be a wonderful marriage.  About six months ago, when we were starting to lay out the plans for this show- this show being the epicenter of the gaming industry- we wanted to demonstrate the latest, greatest LED solutions, our pixel-pro wall.  High definition, incredible color and brilliance and speed”, shared Neiman.

“So when we looked at what are we going to put up in content, I opened the door of research into the world of eSports and was blown away.  The eSports emergence is unbelievable and so I thought it would be the perfect content to put at a show like this, get the attention, the buzz going and just merely demonstrate the quality of the screens that we can provide to the casino operators”, he added.

Nieman went on to point out how the gaming industry is in a constant state of flux, always looking to evolve and emerge.  He referenced nightclubs and how casinos quickly jumped on the opportunity leading to hot clubs opening up in every hotel.  Same thing with “dayclubs”, they have become quite popular, so now many casinos have a dayclub.

Nieman predicts providing venues for eSports competitions will be the next big thing for casinos and its already manifesting in Las Vegas.

“The industry is always looking at trending situations, demographics, how do we appeal to this group, how do we pull in more girls and women into gaming and [eSports] is more of a youth play.  How do we bring them into our world, provide a form of entertainment…it seemed like a perfect marriage for us and based on what’s going on for the last three days, I couldn’t have been happier that we did what we did”, Nieman said.

“So as these casino operators are grabbing on to [eSports], I want to show them the best technology and become the de facto provider of that bigger than life experience…I can deliver it on screens that are quite bigger than life”, he added.

The gambling industry is in a state of consolidation in the form of mergers and acquisitions and has been on this path for several years now.  NYX is in the eye of the M&A storm with seven of its own acquisitions since the organization went public three years ago and NYX itself was acquired by Scientific Games less than one month ago.

CalvinAyre.com caught up with NYX CEO Matt Davey to learn how his organization is managing to push forward with outstanding products and service in the midst of its M&A madness.

“We took the company public three years ago, we bought seven businesses over that time so we got quite experienced with the mergers and acquisitions model.  The drivers behind that are around scale and product- we think those drivers stay, they’re as valid today as they were three years ago.  The recent transaction with Scientific Games does that for Scientific Games, we provide scale in the online digital space”, Davey shared.

Davey emphasized the importance of not distracting the operational staff from doing their work while M&As are taking place.  “We spent about six months working out a three-year strategic plan and out of that rolled out a number of tasks, activities we have all of our team focused on doing, so we managed to quarantine them from this whole process so they kept their eyes focused on that”, he explained.

The state of sports betting legalization in the United States was a hot topic this year at G2E and in fact, has been a hot topic at the expo for what seems like many years now.  According to several experts CalvinAyre.com spoke with at G2E this year, there is a good chance PASPA could be repealed, potentially opening the door for legalized and regulated sports betting in more states across the USA.

I. Nelson Rose, one of the leading Gambling Law experts in the world, is cautiously optimistic about legalized sports betting becoming a reality in the near future.

“The case is being heard right now in the United States Supreme Court and I think that an overwhelming majority of the court is going to say that federal law – PASPA- is unconstitutional”, Rose revealed to CalvinAyre.com.

“[PASPA] forces states to lock in whatever form of gambling they had on sports from 1992 and its irrational, it discriminates…why should New Jersey not be allowed to have sports betting while Nevada has?  Its also the only federal statute that I know of that tells the states they can’t change their policy on gambling”, he added.

To round out our coverage of G2E 2017, we spoke with Melissa Ashley, SVP of Reed Exhibitions and organizer of G2E in partnership with the American Gaming Association (AGA). Ashley talked on the significant role G2E plays in bringing the global gambling industry together each year and expressed her gratitude to delegates and exhibitors for coming together during a difficult time in Las Vegas.

Despite the unusual atmosphere around the city during the event this year, G2E was a success and will remain the leading event for anyone working in the North American gambling industry and beyond.