An opinion piece on how the major online poker rooms can disrupt more people during online poker festivals without splashing the cash.

If you do marketing the right way, cost becomes negligible. Marketing isn’t “one thing.” Marketing is a multitude of things done well enough over time so that it pays for itself.

There are two pillars of marketing that are crucial.

The first is User Experience.

How does your product perform?

How well do you know your customer? 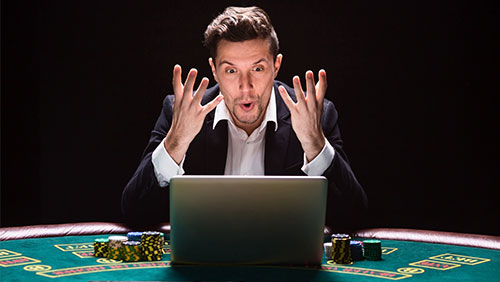 How well do you take care of your customer?

Are you telling a convincing story?

Do they trust you?

Are they loyal to you?

The second is Media.

Have you earned the attention of your customer?

How well do you engage?

I want to talk about the second pillar, and use the recent Online Poker Festivals as examples of how this is done well, and how it can be improved.

It broke all the records for an online festival, distributing more than $90m in prize money, and pulling in over 100,000 players. Steven Van Zadelhoff won the Main Event for $1.6m. A lad from Spain won the $25k Pot Limit Omaha (PLO) High Roller, and Nick Petrangelo defeated Bryn Kenney to take the $25k No-Limit Hold’em (NLHE) High Roller.

And 888Poker hosted the XL Eclipse series. I don’t know what the guarantees were, how much they eventually distributed, nor do I know who won the Main Event.

I also know that both PokerStars and 888Poker raised money for Raising For Effective Giving (REG) by donating reg fees from some of their events.

If there are mistakes in the above recap then that’s because it all came from memory.

How do you earn the attention of your customer?

One day way of doing this is to pay a media outlet to promote your company. CalvinAyre is a media outlet, and I can confirm that none of the big three online poker rooms pay us to promote their work.

Whatever news comes from my fingertips is free.

PokerStars, partypoker, and 888Poker hope that people like me interrupt more people with stories that involve their company (preferably in a good light, although that’s not always important).

We exist to give marketers a place to gain attention, and if you look at my recap it’s easy to see who received more of my attention during the online festivals.

partypoker is presently the darling of the poker world. They have hired  people the poker community trusts like John Duthie, Mike Sexton, Sam Trickett, and Fedor Holz.

They have successfully amalgamated their live and online businesses to create partypoker LIVE! A new and improve live tour with huge guarantees, and seven figure first prizes.

For the first time since the punch ups between PokerStars and Full Tilt people believe there is a contender for the title.

But when it came to the PowerFest coverage, I feel partypoker failed to make the most of what seems to have been an overwhelmingly positive event by limiting exposure.

I had to go hunting for PowerFest results.

One thing that 888Poker did very well was to send me a regular recap of their festival highlights. It meant I didn’t have to go looking for information. Unless the story is must print, a writer doesn’t want to go searching Hootsuite for something to write about. 888Poker know this. The only reason I know very little about the XL Inferno is because the buy-ins and guarantees weren’t on my newsworthy radar.

As you can see from my recap, I remembered more about WCOOP than any other series. You could argue that’s because the event was the largest and most prestigious, and there may be some truth to that, but there is also a lot to learn.

PokerStars didn’t send me regular updates of their WCOOP event winners. What they do, is send out press releases when there is something they deem to be newsworthy, like Van Zadelhoff’s victory, for example. I believe this is a mistake, and a more informed regular round up should be distributed amongst the media.

What PokerStars do very well is make it easy to find information. The PokerStars website has a page dedicated for WCOOP. They hire writers capable of turning the outcome of a $20 rebuy into Ham on Rye. And best of all, they create recap articles for the media, an essential staple when there is so much going on.

It’s Not About Money

If online poker rooms want to make the most of free advertising, they have to do their very best to create compelling and frequent content and hand deliver it to writers.

There also needs to be a good relationship between the writer and the online poker room. Not to develop a case of nepotism, but so the writer knows he can fire off a quick email and ascertain important information that he or she needs to make the $20 rebuy seem like Ham on Rye.

Finally, the curation of the content needs to look as great as you are telling the poker community your festival is. I think PokerStars does this hands down better than their competitors. Everything they do seems to look that little bit classier, and I believe when it comes to disrupting people’s attention, it’s important.

Great experiences gains loyalty, and throughout the September online festivals, I hope I have made it clear why PokerStars gained mine.