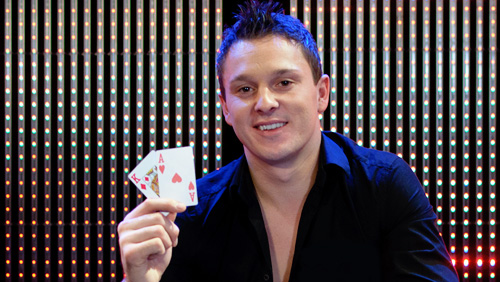 Sam Trickett signs a deal to represent partypoker when playing live and online. Partypoker will promote Trickett by creating online ‘Trickett’s Cash Games’ where players can compete against the man on an invite-only basis.

As we approach the yuletide season I can’t help but wonder what would have happened had Mary & Joseph turned up at Partypoker’s stable looking for a place to give birth to baby Jesus – because there wouldn’t have been any room.

Another bale of hay has gone the way of a British pro, and they don’t come more high profile than Sam Trickett. The former 2012 One Drop runner-up has won more money playing live tournament poker than any European player alive or pushing up daffodils and he will now ply his trade at Partypoker.

When Everest Poker signed Trickett in a bold statement in 2014, he hoped to use the move as the impetus he needed to start getting more involved in the live tournament circuit, after a long stint playing in live cash games. He began well, finishing runner-up to Andrea Dato in the World Poker Tour (WPT) Main Event in Venice in his first event, but left the company in 2015.

It’s a good move for Trickett, a great move for Partypoker and an even better move for the poker community. Trickett is one of the most talented live tournament players in the business, and one hopes his new deal will see him returning to the live circuit in a big way.

Partypoker has celebrated the new relationship by creating ‘Trickett’s Cash Games’ – an invite-only online cash game table where selected players get to compete in a series of high-stakes games against the man himself.

Trickett is currently competing in the Partypoker Caribbean Poker Party.