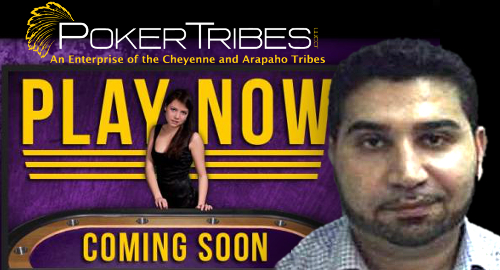 The controversial Florida entrepreneur behind the PokerTribe.com online poker project is being sued by his former Oklahoma tribal partners for allegedly cheating them out of $13m.

Last Thursday, Cheyenne and Arapaho Tribes Gov. Eddie Hamilton filed a lawsuit in a tribal court in Concho, Oklahoma against Universal Entertainment Group (UEG) and its controversial owner, Fereidoun ‘Fred’ Khalilian (pictured), over an online poker partnership that never got off the ground.

In 2012, the Cheyenne and Arapaho Tribes inked a deal with UEG to launch PokerTribes.com, an online poker site catering to international gamblers. Despite the tribe investing $9.5m, the project never got off the ground, and the tribes pulled the plug in 2014 following elections that brought Hamilton’s administration to power.

The lawsuit accuses Khalilian and UEG partners Isaias Almiras and Tatiana Vlasenko of engaging in “deceit, greed and utter disregard for the laws and economic well-being of the tribes.”

The lawsuit claims UEG didn’t actually own the poker software it sold the tribes, based on the fact that Khalilian was successfully sued in Georgia by a former business partner who claimed ownership of the software, although this judgment was subsequently overturned.

Also named in the suit are Brian Foster, Thomas Fox and Barbara Paukei, all of whom were formerly involved in managing the tribes’ land-based casino operations, along with attorney Richard Grellner, who negotiated the tribes’ UEG deal, and former tribal Gov. Janice Prairie Chief-Boswell.

Hamilton told The Oklahoman that the lawsuit was the result of a lengthy investigation into deals made under the previous tribal government and the tribes were “aggressively” working with federal authorities to indict “those who have taken advantage of our tribes and misused our tribes’ gaming revenues.”

Khalilian responded by claiming that the lawsuit was politically motivated, as Hamilton is facing a reelection vote later this year. Attorney Grellner echoed this view, calling the lawsuit “a publicity stunt.”

Khalilian is no stranger to controversy, having reached a $4.2m settlement with the Federal Trade Commission in 2011 over deceptive telemarketing operations. UEG’s original Oklahoma deal is also the subject of a probe by the National Indian Gaming Commission.

Following the demise of its original tribal deal, UEG inked a new deal with the rival Iowa Tribe of Oklahoma, which announced last month that its PokerTribe.com site had received an online gambling license from the Isle of Man Gambling Supervision Commission and planned to launch real-money poker operations “sometime this fall.” The Iowa Tribe announcement also included plans to sell the PokerTribe software to “an internationally recognized company.”