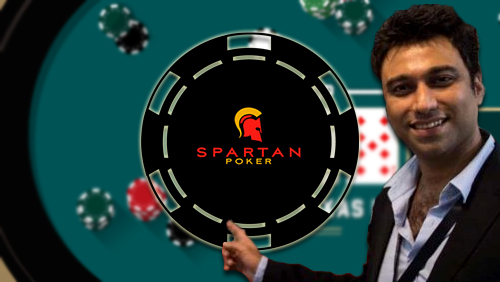 Quadrific Media Pvt. Ltd. has been dealt a major blow in its battle to stop Rajat Agarwal from using the Spartan Poker trademark in India.

If you recall, Agarwal filed a lawsuit in January against Quadrific Media and executives including Amin Rozani, Rajeev Kanjani, Rohit Bhalla and Sameer Rattonsey. The four were former members of the Indian Poker Championship (IPC) who launched a new company called the Spartan Online Poker Pvt. Ltd., which operates TheSpartanPoker.com.

It so happened that Agarwal’s group is also operating a website using the name “Spartan Poker,” prompting an ugly legal battle between the two factions over intellectual property rights and corporate governance norms.

Quadrific Media also accused Agarwal of fraud and embezzlement, which the company said resulted in the company attempting to remove him from his post as director but Agarwal obtained an interim injunction from the Calcutta High Court. Quadrific Media said Agarwal proceeded to block the domain name “in bad faith” to prevent the company from accessing and using it, which disrupted its business.

However, the three-man WIPO panel denied Quadrific Media complaint on grounds that the company has failed to establish that the Spartan Poker trademark has been registered and used in bad faith.

WIPO’s decision is a win for Agarwal, who was dealt a loss in India after the Calcutta High Court allowed Rozani’s group to continue its operations using the Spartan Poker brand and domain name. The court said the domain name, www.spartanpoker.com, was not identified with Agarwal nor did he spend on developing the web page, trade dress and designing of the mark and related expenses for its registration.

Agarwal may be able to claim damages from Spartan Online only if he succeeds in registering the trademark, the court said. According to the government of India’s trademark of registry, Agarwal and Quadrific Media have applied to trademark Spartan Poker under the entertainment and gaming category, but neither application has been approved.