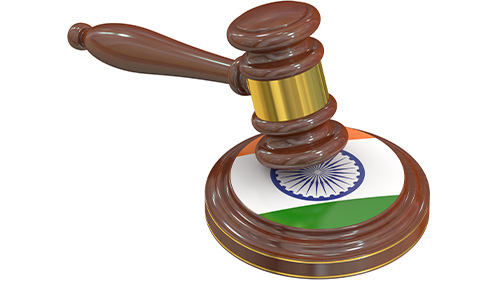 Indian gambling website Spartan Poker has found itself smack dab in the middle of a legal spat between rival factions Pokerguru and the Indian Poker Championship (IPC).

GLaws.in’s Jay Sayta reported that the Pokerguru faction, led by Rajat Agarwal, is planning to file a lawsuit in Kolkata against the promoters of the IPC. The lawsuit stemmed from a public notice posted on SpartanPoker.com last December 4, which announced that Pokerguru has no control over the operations of the online gambling site and that legal action will be filed against Rajeev Kanjani, Rohit Bhalla, Peter Abraham, Sameer Rattonsey, Amin Rozani and Quadrific Media Pvt. Ltd.

The IPC group, which claimed to be “the real owners of the Spartan Poker brand,” moved the domain name to TheSpartanPoker.com several hours after the public notice was posted, according to the report.

Now, this is where things get a little muddy.

Kanjani was sacked from his position as director of Quadrific Media one day after the public notice was posted. Bhalla was also removed as the director of Quadrific Media. However, three days later, the IPC group launched a new company—Spartan Online Pvt. Ltd.—which appeared to be operating the new Spartan Poker website. And yes, Kanjani, along with Abraham, Rattonsey and Rozani, were listed as directors of the new company.

The sudden changes in the management of Spartan Poker has prompted concerns over the intellectual property rights and corporate governance norms.

“The first question that remains unanswered is the transfer of assets and liabilities, including player deposits and reserves from Quadrific Media to Spartan Online,” Sayta wrote.

The rival groups are claiming to operate different websites with the name “Spartan Poker,” but it remains unclear who is the real owner of the trademark and intellectual property rights of the brand.

According to the government of India’s trademark of registry, Agarwal and Quadrific Media have applied to trademark Spartan Poker under the entertainment and gaming category, but neither application has been approved.

“The Controller General of Patent Designs and Trademarks the registration of the trademark has not only been objected upon examination but has also been opposed by concerned parties, indicating that there would be a lengthy legal battle for the ownership of the Spartan Poker brand,” Sayta wrote.

The other legal issue, according to Sayta, is whether Bhalla’s sacking was legal and whether he was served with a notice as well as given a chance to explain his side in accordance with Section 169 of the Companies Act, 2013.

“The minutes of the EGM indicates that the resolution passed by Quadrific Media is perfunctory in nature that neither provides details leading to his removal nor records whether he was given an opportunity of being heard,” Sayta reported.