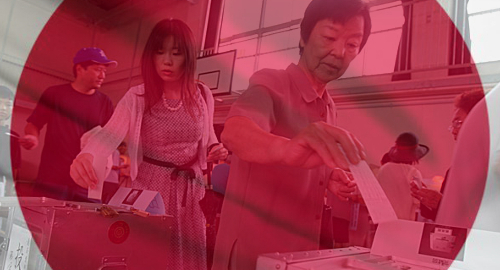 On Sunday, sources within Abe’s ruling Liberal Democratic Party (LDP) told local media that the government would likely request a dissolution of the lower house of Japan’s legislature shortly after the Diet is reconvenes for its extraordinary session on September 28.

While Abe isn’t required to face the electorate until late 2018, he’s reportedly leaning towards a snap election to take advantage of his party’s soaring poll numbers, which many have attributed to concerns over the recent missile tests launched by North Korea’s bellicose leader Kim Jong-Un. It doesn’t hurt that the LDP’s chief rival, the Democratic Party, is dealing with leadership issues.

Abe’s reported faith in a snap election call may also be bolstered by the fact that he called for a similar early vote just three years ago, which led to the LDP improving its majority in the House of Representatives.

Dissolving the legislature now would disrupt plans to pass the Integrated Resorts Implementation bill, aka the IR Bill, which is needed to lay out the specifics of casino regulation after Japan approved legislation in late 2016 to amend the national constitution to permit casino gambling.

The IR Bill was already considered a lesser priority than legislation to mitigate the expected rise in problem gambling behavior that the introduction of casinos is expected to produce. Japan already has a high percentage of problem gamblers in its midst, and a new government addiction study is expected to be released shortly.

At the very least, a snap election would kill chances of legislators making progress on either gambling bill this year, adding further delays to a process that has been dragging on for years. Then again, maybe Abe is just trying to build interest in casino-based snail racing.