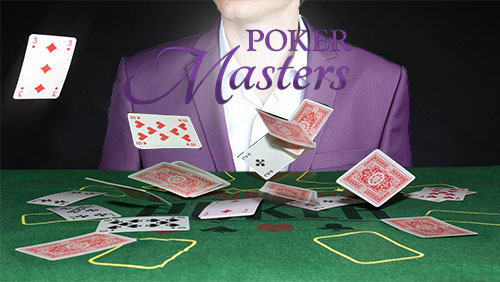 At last, we know who is sitting down to compete in the first of eight Poker Masters tournaments, and both Doug Polk and Fedor Holz are willing to give their fans a sweat.

By the time you would have read this, the first of five $50,000 buy-in events, will have reached a final table, as the best minds in poker battle it out to be called the Poker Master, and be presented with a Purple Jacket.

The new concept is the brainchild of Poker Central. Aria, Las Vegas act as host. PokerGO streams action of every single event, live, for $9.99 per month, or $99.99 for an annual subscription. Maria Ho, David Williams and Ali Nejad will keep you interested when the action gets a little dull around the edges.

I have been a little critical of Poker Central for not announcing a line up before now, but with the cards about to fly into the air, the organisers have released a starting line up of 33 players.

So why have so many of them decided to be unfashionably punctual?

If you turn up on time, then you don’t pay any rake.

If you fancy a sweat, then you have one of two choices.

You can head to PokerShares to place a wager on the event, or you can check out the Twitter feeds of Doug Polk and Fedor Holz.

Both of these participants are offering a freeroll to a lucky winner. If they draw your name at random, Polk and Holz will give you 1% of their total profit over the series. Now, this is bargain basement, ladies and gentlemen, because both of these players could easily net a million bucks giving you the opportunity to bank $10k for not much.

Check out both their Twitter streams to see how you can get involved in the action.

Daniel Negreanu stands to win over a million dollars if he wins the Purple Jacket after picking up a hoard of $50,000 side bets in the lead up to the action.

Which poker bets are best in December?
Paul Seaton
2 December 2020